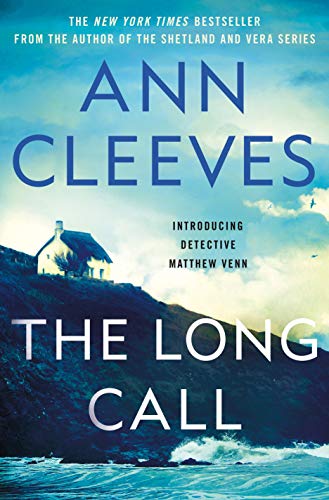 “an engaging story. . . . an experienced author at the peak of her craft.”

Murder investigations always uncover dirty secrets. This one is full of them, and it takes D.I. Matthew Venn and his team a long time to sort out which secrets are relevant and which are red herrings. Meanwhile, we get rich character development for a diverse set of people associated with a center for “vulnerable” adults.

Detective Inspector Venn is the lead character in this new “Two Rivers” series by Ann Cleeves, set in North Devon at the confluence of waterways. (Bit of symbolism there, as the story is very much about intersections.)

The author’s long experience in writing British mysteries shines in this book. She not only knows how to write well, but also how to pace a story, tie it intimately to the setting, create plausible conflicting motivations for the characters, and disperse clues they must gather to solve the mystery.

The mystery starts with a body found on the beach near Venn’s home. In trying to discover the victim’s identity and history, Venn is sucked back into his own past. He was raised in a stern religious community, the Brethren, that he repudiated in early adulthood, which destroyed relations with his family. But the community is still trudging on, and its charismatic leader—once Venn’s trusted mentor—proves to be ominously associated with the victim.

All suspects are proven to be associated, directly or obliquely, with “the Woodyard,” a risky-civic-experiment-turned-success that blends ordinary enterprises with a managed center for people unable to function fully on their own. Its devoted manager is Venn’s husband, and the last thing either of them needs is to be thrown into the spotlight as a married male couple.

Yet they can hardly avoid it, as the murder victim has connections to the Woodford, and two women whose lives revolve around the center are abducted and put into jeopardy.

The story is told through the revolving viewpoints of Venn, his associate D.S. Jen Rafferty, old Maurice who’s the caretaker for one of the abducted women, and an artist who shared house with the murder victim and works at the Woodford. These diverse POVs ease back and forth at each chapter break, steadily building the plot and interweaving the characters’ discoveries without creating cliffhanger interruptions.

Thus the book is nicely rounded, balancing intellectual and emotional qualities in an engaging story. This along with the graceful prose showcases an experienced author at the peak of her craft.

The “long call” of title, which at first seems disconnected from the story, is hinted at early and confirmed late.

First: “[Matthew had] left the window down and now he could hear the surf on the beach and the cry of a herring gull, the sound naturalists named the long call, the cry which always sounded to him like an articulate howl of pain.”

Then, 250 pages later, during a climactic interview: “Another silence, broken by the sound of waves and the long call of gulls. . . . ‘She was my mother! Of course I loved her!’ The words came out as a cry at the same pitch as the gulls’ screech.”

Anyone who has been to the shore will recognize the resonating shrillness of seabird calls and likely shudder at the remembrance once they experience it in the story’s context. The character’s pain vibrates through the scene, as does every major and minor character’s pain throughout the book.

This is indeed a painful novel, like most of Cleeves’ work, but it is less dark than others in her oeuvre and closes on an upbeat note—despite Venn’s self-description as someone for whom “optimism had never been his default setting.”

Readers will be as challenged as Venn and crew to figure out whodunit, why, and how. Because Venn is so close to the investigation—physically and personally—he shies from taking it on in the first place, then following through. But his sensible partner prods him on, in spite of risk to his own position, by saying, “you have far too many principles. Sometimes I think you hide behind them. Just have the balls to take this on. Just this once, Matthew. Fight for it.”

And Matthew Venn does.

The results are so satisfactory that readers will be looking forward to the next volume in the series. Thankfully Ann Cleeves is prolific enough that we should have our enthusiasm satisfied in the not too distant future.

Carolyn Haley is a broadly experienced writer and editor who operates DocuMania, providing production support for editors, writers, and designers. She is also the author of three books and one forthcoming: The Aurora Affair, Wild Heart, Killer Heart (forthcoming), and Open Your Heart with Gardens.