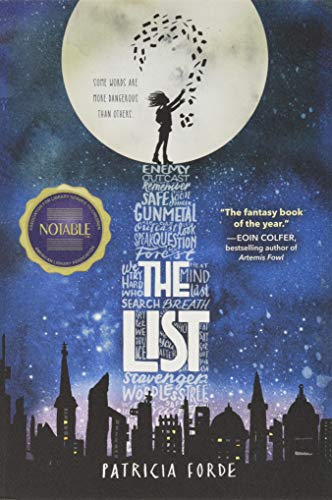 Open the cover on this one, and off you go to the races. Instant action, instant menace, instant character introductions in deft sketches that don’t hold things up for a second.

In other words, a classic J. A. Konrath thriller.

The “list” of title comprises ten seemingly unconnected people who all have a number tattooed onto their left heel, including Chicago Homicide Detective Tom Mankowski. His tattoo has always bewildered him, but as an adopted child he could never find out where, when, and why he was marked. His bewilderment becomes an urgent need to know when the same tattoo, with a different number, turns up on a man brutally murdered on Mankowski’s turf.

Fast investigation leads him to more numbered people, who are rapidly being murdered or pursued for that end. Mankowski and his cronies set out to find the survivors to warn them, as well as to catch the killer—who seems to be more than one step ahead of them all the time.

Jumping from Chicago to LA and points in between, the chase gallops along in never a straight line. As soon as Mankowski gets onto a promising track, it twists and turns in a new direction. The narrative structure reflects the pace with short chapters and cycling points of view between victims, killers, and Mankowski’s pursuit team.

Throughout, the characters indulge in the author’s trademark sardonic humor. If the book were chick-lit, it might be described as “sassy.” Instead it’s more like “wise-ass” coupled with slapstick. If you enjoy that sort of humor, it gives the excitement some comic relief. When it’s used too much, though, as it is in this story, the wise-guy bit takes away from the edge-of-your-seat tension this type of novel seeks to deliver.

The List’s tension does not come from pursuing the truth of who is behind the conspiracy and crimes—that’s revealed early—but rather how the characters will escape an impossible situation and take down the perpetrators. Sometimes they make it harder for themselves by not killing off a bad guy or two when they have a chance.

While their restraint makes them moral good guys we can root for, it also might confound reader expectations for the genre. In thrillers civilized rules often get cast aside for life-or-death expediency. Thriller heroes (and heroines) can do what ordinary folks can’t, like dispatch insane, sadistic, murderers without losing their own lives or going to jail. It therefore can be disappointing if their restraint allows the killers to come around again and make things worse to prolong the story. That gives a feel of author manipulation instead of natural progression arising from character and plot.

Regardless, The List works as entertainment. Very hard to put down even in moments of stretched credulity. Carried by the intriguing evil potential of today’s genetic engineering, the story moves at a breathless pace and ties everything together in the end with no danglers. The good guys are likable and believable and the bad guys are despicable.

This book was originally available only in electronic form and now is being released for print readers. That will surely gain the author another few million fans, who will have similar zesty adventures to discover through his backlist of 30+ novels and 100+ stories.