The Lioness: A Novel 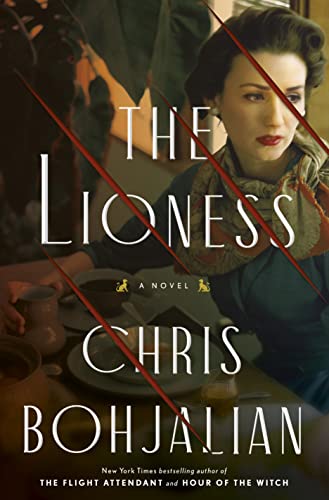 “The marriage of 1960s Hollywood and wild Africa generates a fascinating historical thriller.”

The Lioness is set in the mid-sixties when Hollywood was at the height of its star-generating popularity and the Serengeti in Tanzania was becoming a magnet for wealthy international tourists.

Katie Barstow is a rising movie star and decides to celebrate her celebrity wedding by taking her closest family and friends on an African safari led by one-time White Hunter Charlie Patton. In the Prologue we learn that some of the party die on the trip and that some survive, but not which is which. Each of the guests has a complex backstory, and these are developed in a series of flashbacks to their intertwining lives in the US.

This was also the period of upheaval in the Congo, which was disintegrating following the Belgian withdrawal and amidst the proxy battle between the West and the communists. Although the group has some concern about this, it’s not enough to discourage them from making the trip. They chat about the civil war with Charlie Patton around the campfire on the first night:

“‘Oh, they all hate us,’ said Charlie, his tone flat. ‘Or at least they should. Trust me, I’ve lived here my whole life, so I know: we have earned their wrath.’

‘And you know the Russians are involved,’ Billy added. ‘You just know it.’

Charlie looked deep into the fire. ‘Yes,’ he said. ‘We do know that. And dangerous as a leopard or buffalo might be? Nothing compared to the Russians—at least the crowd they send here. I know that too.’”

Indeed, the group has very little contact with Africa beyond the superficial game viewing. At one point Carmen, an actress and one of Katie’s closest friends, mentions Hemingway’s story The Snows of Kilimanjaro. When she asks their guide if he’s read Hemingway, he counters by asking if she’s read Achebe. She’s never heard of him.

“The guide shrugged good-naturedly. ‘Start with Things Fall Apart. It may give you a different appreciation of Africa. When I read Hemingway? I see only a . . . a foreigner’s view of this land. I don’t see the people I know. I see only the people who come here.’” When they push him to explain, he adds, “‘But with Achebe? You’ll meet lots of us. And you will meet us’—and here he grinned in a fashion that was almost mischievous—‘when we aren’t simply trying to keep our clients from getting eaten.’”

All goes well until a gang of white men attacks the safari, killing a guide and seizing the tourists. Almost immediately it’s clear that this is not a straightforward kidnapping. The attackers have Russian accents and are somehow involved with what’s going on in the Congo where Patrice Lumumba has just been killed.

Some of the tourists manage to escape, but then they face the Serengeti alone. They were fine as long as they were outside looking in, but once they are inside looking out, they are completely beyond their depth, unable to understand or cope with the wildness of the area. The real thing, they discover, is nothing like the adventure movies in which they have been involved. The fiction doesn’t at all prepare them for the reality.

“The birds were watching them, appraising them, waiting it out; they were waiting for one or both of the humans to die. Two of the vultures, however, were more brazen: they landed fifty yards away, and Carmen imagined them as a human couple back home, passive-aggressively cooling their heels while the wait staff set their table at Musso and Frank.”

The kidnapping takes place near the beginning of the book, and the tension of who will die and how and who will find a way to survive builds throughout the story. It pauses from time to time for the flashbacks, but these draw us to the characters. All have some sort of baggage, and all of it comes home to roost in The Lioness.

The marriage of 1960s Hollywood and wild Africa generates a fascinating historical thriller.