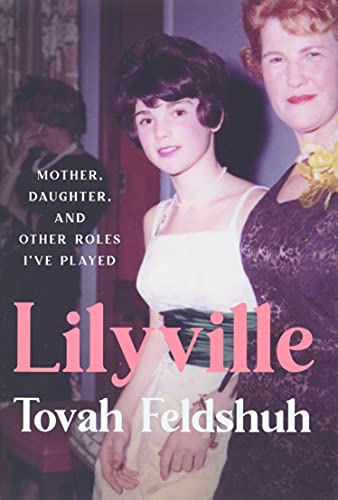 “‘Don’t you have to be born with a voice?’ it was as if my mother had cast a spell on me that I spent a lifetime trying to break.”

With chapters written as acts, including intermissions, curtain calls, and cast parties, one senses Tovah Feldshuh’s vast dramatic experience of living in the theater world for decades.

“My mother Lillian Kaplan Feldshuh was born on a dining room table in the Bronx on April 18, 1911.” This was her own “grand entrance.”

The reviewer, having also grown up in the Bronx, could well relate to so many aspects of Lily’s early life, and shared the honor of entering New York University at the ripe old age of 16, self-funded like Feldshuh’s mother.

Lily married fellow NYU student Sidney, and he served in WWII. Tovah’s brother, David, was born while he was away. A grand celebration ensued in 1946 upon Sidney’s return. “Jews and food—no family celebration was complete without being consummated with an embarrassment of food.”

Terri Sue (later Tovah) was born a few years later. The upwardly mobile family of four moved to idyllic, suburban Scarsdale when Tovah was young. “For as long as I can remember, my mother spoke to me through music,” as Tovah listened to her mother—meticulously dressed in fifties’ dresses and pearls—play piano. Tovah later became a classical pianist.

Of course, tiny Tovah, who had to be elegantly coiffed and perfectly attired in ’50s Mary Janes and matching purses, knew that “. . . woe unto you if you wore white past Labor Day weekend.”

The first time Tovah brought down the house was with a “Rhapsody in Blue” piano solo at her eight-grade graduation in 1962. By 16, she had taken serious voice lessons.

However, Lily was often unkind and unencouraging. “‘Don’t you have to be born with a voice?’ it was as if my mother had cast a spell on me that I spent a lifetime trying to break.”

Lily would not permit Julliard; she wanted a liberal arts college for Tovah. Tovah wanted Vassar; Sarah Lawrence it was. World traveling during summers, she graduated in 1970.

Tovah played the Palace in NYC in 1973, and landed Yentl in 1974. The Tony and other awards ensued. As Tovah’s bicoastal gigs increased and she got engaged to Andrew Levy, Lily finally began to show affection.

A Plaza wedding in 1977, and Lily still only cared that Tovah was marrying a Harvard lawyer. Meanwhile, her dad (also a lawyer) was incarcerated for 90 days for tax evasion.

A few major TV roles in the late ’70s and Tovah was ready to move to LA—though their stay was not long. After her first child was born, with Tovah disliking Hollywood, they moved back to New York, where a second child was born in 1988. “If I had to choose between Hollywood and Lily’s criticisms, I chose Lily.”

Sidney passed in 1996 after a stroke. In 1999, Tovah got Lily a minor role with her in the hit, A Walk on the Moon. And in her nineties, Lily learned how to email on a computer.

In honor of her 100th birthday, Lily was invited to “walk” at the NYU graduation; she consented only if accompanied by “two handsome male graduates, ’cause I ain’t using no walker!”

After many annual, opulent annual birthday parties held in Lily’s honor, Lily passed on at 103, with Tovah and other family at her bedside.

Throughout Lilyville, the reader will sense Tovah’s constant need for Lily’s love, which was more often measured by compliance to etiquette and decorum than for genuine affection. “Look at me, Mommy, I can do exactly what you want, and then you will love me.”

Though overall well written, with celebrity namedropping abounding, many of the “acts” are erratic, jumping back and forth in time, often within the same chapters. Stronger editing and fact-checking inconsistencies might have helped.

It’s also filled with a plethora of Jewish superstitions, some even a bit outlandish to the reviewer of the same faith.

The curtains in the actress’s “production” could have closed a bit earlier than they had, because the reader will probably feel a bit of rambling to the point of redundancy.

Ethnic comedy prevails, like substituting unkosher shrimp for matzo balls, at her very Jewish wedding. Much later in life, Tovah finally reconciled her parents’ love: “His was unconditional. Hers was corrective.”