The Light in the Ruins 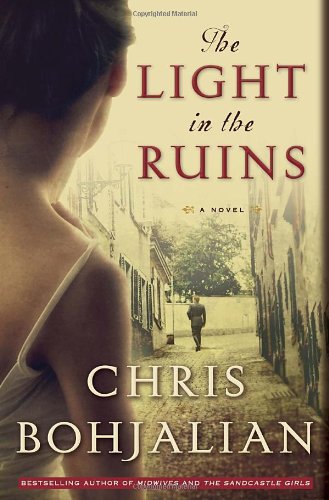 A storied Italian villa nestled into the picturesque Florence countryside and home to the tragedy bound Rosatis family forms the idyllic backdrop for Chris Bohjalian’s latest novel The Light in the Ruins.

Mr. Bohjalian’s newest work oscillates between events that took place in 1943 at the height of Italy’s involvement in World War II, and the inevitable heartbreaking repercussions of those actions brought to fruition in 1955.

It is a novel that offers a new perspective on reimagining the lives and impossible choices of the people caught up in a devastating global conflict.

The Light in the Ruins revolves around the Rosati family, an Italian family bearing noble lineage. As the novel opens, the Rosatis are depicted as narrowly insulated from the war, clinging to one another as well as their hopes of safeguarding their villa from the encroaching conflict waging across Europe.

The beautiful and headstrong Francesca, the wife of Marco Rosati, an engineer pulling duty in Sicily, spends her days holed up at the villa with her two young children and sister-in-law, the 18-year-old naïve Cristina. The two women attempt to maintain a sense of normalcy while waiting for word from Marco and his brother, Vittore, an archaeologist safe from combat in Florence.

But the family cannot keep the presence of war from insinuating itself into the villa’s lush olive groves forever; their lives become transformed when a German and Italian soldier tasked with investigating an ancient Etruscan burial site on the estate’s grounds arrive.

For Cristina, the affections of the German soldier represent a tether to the coming of age rituals stolen from her by the war. For Francesca, the presence of the men represents the beginning of the end.

The story shifts ahead in time to 1955. A young detective, Serafina Bettini, is called in to investigate the murder of Francesca Rosati. Serafini is a woman haunted by her own tragic past and literally scarred by the effects of the brutalizing war. Before long, it becomes clear that Francesca’s death was not random and that Serafina is not only tracking a serial killer targeting the Rosati family, she is also stalking a part of her own dark, personal history.

Playing between the events that lead to the shattering of the Rosati family in the 1940s and the intertwined lives of both the Rosatis and Serafina, Mr. Bohjalian builds a suspenseful novel that is only part murder mystery.

The larger arcs of the story elegantly probe at themes such as the nature of family, the cost of loyalty, and the needle fine membrane between good and evil.

Rather than focus on the traditional roles of wartime characters—soldiers, captains, and medics—Mr. Bohjalian opens up the World War II landscape to filter his story through the eyes of professionals (an archaeologist, an art historian, an engineer) to explore the far reaching implications of the parts these individuals played in the war.

The Rosatis’ Etruscan burial site, effectively ravaged and exploited by the Germans for its potentially priceless artifacts, becomes the metaphor for the excruciating violations unfolding across the entire continent. Similarly, Mr. Bohjalian raises questions about the nature of injustice and the, often, arbitrary codes we deploy in order to keep a firm grasp on right and wrong, good and evil, or hero and villain.

The Light in the Ruins offers an engaging story that unspools in such a way as to keep the reader with her nose to the pages long after the light has actually faded.

Dr. Sheila Moeschen is a writer and academic whose research and writing interests include women in media, popular entertainment, and issues related to moms and caregiving. Her work has appeared in academic journals and online.