The Life of Objects 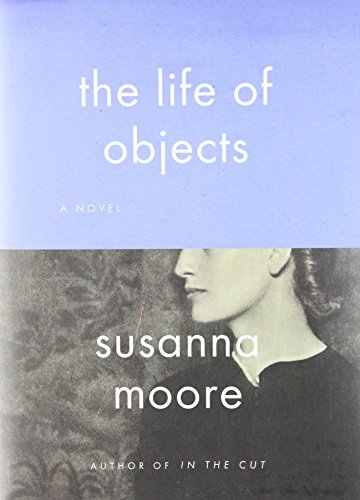 In 1938 young lacemaker meets a “foreign lady in Ireland for the hunting.” This exotic woman, Cuban-born, proves to be a countess. She invites Beatrice to accompany her back to Germany.

So begins this novel, which will transport this girl into womanhood during the next six dramatic years.

The countess requests Beatrice’s passport for safekeeping. Soon they reach the estate of the countess’ former lover, Felix Metzenberg. He and his wife, Dorothea, take in Beatrice, and soon the events of the war overtake them all.

Susanna Moore filters the results of “hundreds of journals and memoirs” into this novel,keeping Beatrice as its observer, the center of the events in the Metzenbergs’ house in Berlin and then their estate, the Yellow Palace, with the Night Wood surrounding its park.

This situation leads Beatrice to wonder if she’s been bewitched; she feels as if the Countess Inéz Hartenfels takes her off into “a distant kingdom where I would live in an enchanted forest and spin flax into gold.”

The next year, one of her first sentences spoken to her Jewish tutor in his native language of German turns out: “It’s the beginning of a fairy tale.” Herr Elias warns: “Don’t think that you’ll escape every time, fräulein.” Beatrice watches her predicament as the Reich increases in power.

She assists as the lord of the manor, Felix, begins to take advantage of his storehouse of art to help the refugees—escaped slave laborers and prisoners of war, displaced persons, widows, conscripted workers—who begin to gather around the estate.

The Yellow Palace in a night of bombing is destroyed: “statues lay in a tumble of arms and heads.” A Berlin visit leaves Beatrice in no steadier surroundings. “Black devils stood in silhouette before the burning buildings.” Yet another dwelling in the Metzenbergs’ ancestral demesne of Lowenberg survives for shelter, and the household of Beatrice and those working on the estate finds protection as the Reich totters and the Gestapo hovers.

Each chapter of her tale spans a year. At first, the war remains distant, eerie by its effects more felt by others rather than those on the estate. Gradually, the forces increase in volume and terror until the Nazis flock around the Night Wood and the manse in disarray, and then the Red Army thunders in. The Pavilion, the holdout for the family, succumbs. “Not Ovid, but the Brothers Grimm,” Beatrice reflects. “We are rat catchers, bewitched swans, witches.” All are reduced to poverty and want.

Yet she insists that she has come of age, out of her shell of lacemaking and needlework, by taking the chance to leave Ireland for this chaos. “The war had given me a life,” she concludes. She learns why her passport was safeguarded, and the uses to which Felix’s treasure trove had been put. Out of these compromises with what war exacts, Beatrice learns the costs of her hard-won maturity.

Susanna Moore employs a spare, stoic tone as Beatrice relates her experiences. The Life of Objects lacks the frenetic, first-person wallowing in triumph, sentiment, or despair dominating many war narratives. Perhaps Ms. Moore has so thoroughly interspersed the fears of the hundreds in the memoirs she has scoured, filling Beatrice and her comrades with their indirect pain until the anguish eases into scrutiny and calm tones of endurance.

This detached quality may direct its appeal more toward readers of nuanced, careful fiction. A distance remains even as Beatrice tells of a litany of horrors and an erosion of beauty. For that audience, this steady, coolly conveyed report from the collapse of the Reich and the coming of the Communist regime to East Germany will reward a patient, reflective reader.