The Life of Leonardo da Vinci: A New Translation 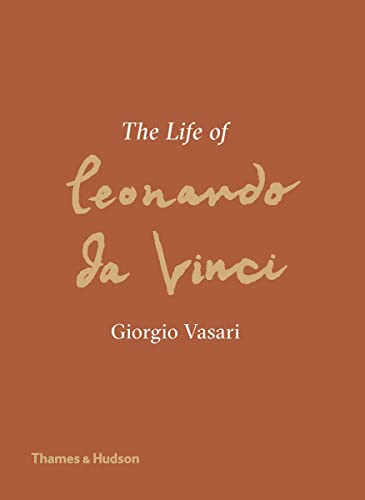 “‘Florence received its greatest gift with the birth of Leonardo, and lost infinitely more with his death.’ Da Vinci was so much more than an artist; he brought sophistication and reverie to everything he touched . . .”

Seen as a pillar of wisdom and creativity in his own day and age, da Vinci was resolutely held in high esteem, revered for his plentiful gifts and talents. Giorgio Vasari wastes no time in crediting the source of da Vinci’s genius in the opening lines of his account:

“The greatest gifts are often seen to rain down in a natural way on human bodies through celestial influences, and sometimes supernaturally, combining beauty, grace and merit fulsomely in a single body. These gifts are made apparent whenever such a man turns his attention to something. His action is so divine that he leaves in his wake all other men, making it clearly evident that this quality arises (as it does) from the gift of God and is not cultivated by human artifice.”

There is little argument that da Vinci’s work has not left its indelible mark on humanity. In the 1500s the only way to explain what da Vinci was capable of was to assume the influence of a higher power. Centuries later, we are still mesmerized by him.

This little book presents two equally significant prongs from this Renaissance period to help preserve and promote our understanding of da Vinci and his life and times. The first is the background information on Vasari himself and his outrageously massive undertaking to make a record of every single artist in Italy in 1550 (long after da Vinci had passed away). With a mouthful of a title, The Lives of the Most Excellent Italian Architects, Painters and Sculptors from Cimabue until our Time, Described in the Tuscan Language, by Giorgio Vasari Aretine Painter. With a Useful and Necessary Introduction to their Arts, it is affectionately known as Vasari’s Lives of the Artists.

Two Lives of the Artists editions were published. The 1550 edition was two volumes of 280,000 words. The second 1568 edition swelled to three volumes and was “substantially enlarged” to include biographies of 175 artists.

In typical investigative reporter fashion, Kemp’s Introduction narrates the who, what, when, where, why, how of Vasari’s own life, career, and his incomprehensibly ambitious publications. How could he possibly have accomplished this feat not just once but twice, without cell phones, Google, Internet, or publishing software is beyond mind boggling.

Spending time soaking up this information certainly impresses upon the reader the enormity of Vasari’s organizational talents. It helps that it is also one of the best written Introductions there is in the realm of art history books and literally half the book is dedicated to it.

The second prong, corresponding to the titular attribution, is the fresh translation of Vasari’s da Vinci entries in both the 1550 and 1568 editions. Da Vinci’s Life entry was revised in the second edition. To differentiate between the two entries and yet maintain them both intact, the designers devised a font color scheme to represent the changes, a simple and effective solution.

Clearly Vasari admired the irreproachable da Vinci and his complimentary language; awe and respect is carried throughout his brief but powerful biography. Descriptions of important paintings and several key anecdotes reveal insights into da Vinci’s personality as well as the prestigious circle within which he floated. He was so beloved and honored, even beyond his own native borders, that he died in the arms of the King of France.

In Vasari’s final passionate and poetic eulogy to da Vinci, a conclusion translated so eloquently one can almost breathe in the original Italian rhythm and flair, he writes, “With the radiance of his aura, such was his great beauty, he lifted every sad soul, and with his words he could persuade any obdurate mind to say either yes or no . . . Truly Florence received its greatest gift with the birth of Leonardo, and lost infinitely more with his death.” Da Vinci was so much more than an artist; he brought sophistication and reverie to everything he touched; such a shame that we all missed out on meeting him and must rely on Vasari’s account to get our fix.