Life’s Vital Link: The Astonishing Role of the Placenta 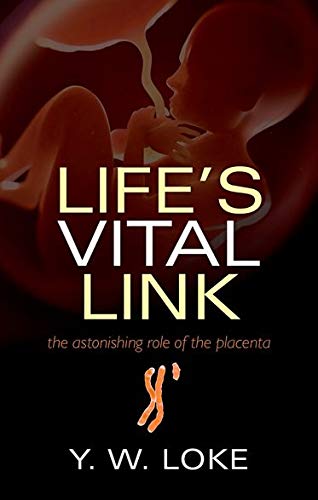 According to Samuel Taylor Coleridge, "The history of man for the nine months preceding his birth would, probably, be far more interesting and contain events of greater moment than all the three-score and ten years that follow it."

The placenta has meaning in various cultures. For instance, in Nepal it is considered a friend, and in the Hmong tribe of Laos a jacket that dresses the soul after death. In China, the soul of the placenta is closely linked to the child, and if devoured by certain creatures is believed to cause specific diseases. This contrasts its relative unimportance in the Western world.

The scope of the book is broad-ranging, from oxygenation of free radicals to the evolution of marsupials. We learn more about different animals, from the Drosophila fly which can produce "royal jelly" to the queen bee's role in the reproductive hierarchy and why sheep and goats don’t interbreed.

There's art too, from Leonardo da Vinci's early depictions of a baby in the womb (without a placenta) to modern photographs. The use of diagrams complements the text, providing representations of key concepts. Visual imagery is also used, comparing a hydatidiform molar pregnancy with multiple non-viable embryos to a "bunch of grapes." And there's even speculation on King Henry 8's difficulty in siring a male heir. According to this book, it may not have been due to syphilis or his wives after all.

As an immunologist, Prof. Loke explores his own specialist area, looking at the role of the placenta as a barrier to infection. Although it screens out many of the common infections which could attack the mother, some do get through, for instance the bacterium Toxoplasma and the viral rubella. They then face the second line of defense, the Hofbauer cells, which attempt to eat up the invading organisms.

He also discusses what happens when the mother's body turns against itself, leading to diseases such as thrombocytopenia (low platelets) and Graves' disease (raised thyroid levels). Autoimmune diseases in later life may also be linked to the placenta, triggering an immune response up to ten years afterwards. However, many antibodies have a protective effect, giving the newborn immunity until he or she is old enough to develop their own.

Comparisons with the brain and the invasion of cancers are suggested and developed, with descriptions of the organ’s complex structure and the reorganization of blood vessels as it grows. The book is at times very detailed for a popular science book and the language fairly technical, but it stays clear at the same time and holds the reader's attention.

New and potential developments in obstetrics are mentioned, with comparisons between ectogenesis (growth of babies outside the womb) and in-vitro fertilization (IVF). The use of harvested stem cells from the umbilical cord or amniotic membrane is also discussed, as well as the potential pitfalls of screening and the quest for a "perfect" child.

Prof. Loke explains how the placenta and the mother’s environment have adapted for optimal growth, including low pressure blood vessels to avoid damage. This is linked with related diseases such as the high blood pressure condition of pre-eclampsia and choriocarcinoma, the only transmissible cancer. He also adds his own personal story, describing his Labrador's hormonal oxytocin collar which is worn as a cure for a “nervous” temperament.

Hormonal components and proteins produced by this organ are described in detail, including the pregnancy specific glycoproteins, whose functions remain a mystery. Some better known and lesser known medicines are also highlighted, such as thalidomide and DES (diethylstilbestrol), a super-estrogen which lead to an increased risk of vaginal cancer.

Genetics are another theme throughout the book, exploring the fascinating concept of a parental "tug of war" between growth stimulation by the father and growth suppression by the mother. The idiosyncrasies of the placenta being the only organ with “foreign” genetic material are also discussed, raising the interesting question: Why are immunosuppressants not required during pregnancy as they would be in the case of a transplant?