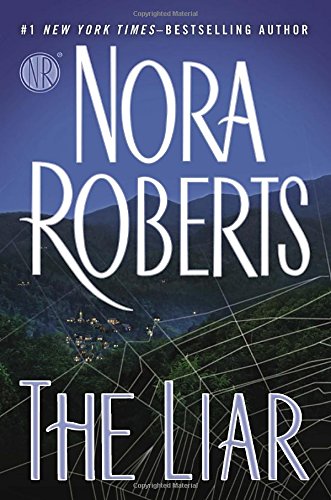 Nora Roberts delivers yet another solid entry into the romantic suspense category with this tale of recovery from betrayal.

On one hand, it’s an old story: a small-town innocent swept off her feet by Mr. Wonderful, who is swept away in turn by a violent storm at sea.

On the other hand, it’s an edgy modern remake where the man was a total fraud—even his name was phony—and he leaves the woman holding the bag. A very big bag: $3 million in debt and unfinished criminal business.

The story starts out in the aftermath of the storm, with newly widowed Shelby Foxworth sifting through the debris of her life. Then there’s a calm between storms, when she goes home to the mountains of Tennessee, to a warm and loving family who helps her start over.

But then another storm arises when Shelby’s late husband’s unfinished “business” draws nasty people after her to collect what’s due them. And they’re willing to get it over Shelby’s—or her daughter’s—dead body. Shelby would happily hand it over if only she knew what they were looking for and where it was.

Meanwhile, she has met Mr. Right. She doesn’t recognize this at first, being overwhelmed by her problems and shattered self-confidence, but he persists in his pursuit and ends up helping her through the storm. Before either of them knows it, they have become absorbed into each other’s family, friends, and business. Their people become a support team that helps them land on safe shores.

This emphasis on family and home, particularly in idealized small towns, is a hallmark of Nora Roberts novels. Similarly, the plot follows her standard pattern, although the hero comes on stage later than usual. What brings so many loyal readers to these stories is their balance between realism and fantasy. Roberts manages, for book after book—including this one—to populate a world we want to live in with people we want to know or be like, despite their troubles or baggage, without making it feel like we’re being pandered to with frivolous romanticism.

Thus The Liar is a contemporary tale of a nice woman left in the lurch by a bastard, who pulls herself back onto her feet with her own grit and a little help from her tribe to build the better life she deserves.