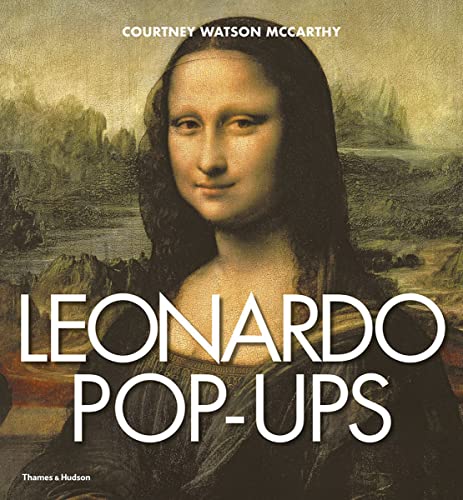 Every year, more than six million people visit the Louvre Museum in Paris to view Leonardo da Vinci’s Mona Lisa for an estimated average of 15 seconds.

At the Milan Museum, visits to view his painting, The Last Supper, were recently restricted to groups of 25 people, for sessions of no longer than 15 minutes per group.

Even “Leonardo's Horse”—"Il Cavallo dello Sforza”—out in the open in Milan, is so out of the way at the San Siro Hippodrome in Milan, that tourists may be forgiven for not making the trek over, or if they do, for not sitting before it for very long.

Then there’s the fact that accounts for at least some of the artist’s allure, as well as for some of our fascination: Leonardo da Vinci never published his work in life. A brush with the homosexuality police of 15th century Florence didn’t help matters, only one of several political controversies that made him drop out of public life, sometimes for years at a time, until his death in 1519.

And so we might be forgiven for feeling we have never really had a good look at his works, as much as has been written and produced about him, as many of his works as are on exhibit worldwide.

Enter Courtney Watson McCarthy, a paper engineer with a penchant for looking at things from a different perspective, and you have Leonardo Pop-Ups, a collection of seven paper sculptures of Leonardo’s works in full color and movement, the author/artist deconstructing each piece and re-assembling it in 3D—"The Annunciation,” “Ornithopter,” “The Virgin and Child with Saint Anne and the Infant Saint John the Baptist,” “Portrait of a Man in Red Chalk,” “Vitruvian Man,” several examples of architecture thought and/or planned by da Vinci, and “Il Cavallo dello Sforza”—all preceded by a brief, general biography of the Italian master, and each one coupled with an accessible summary:

“The exquisite use of light and shadow and perspective as well as the delicately expressive features of the subjects and the masterful background scene mark The Annunciation as a superb example of Renaissance art—an astounding creation by an artist barely out of his teenage years. Even so, da Vinci’s style would progress further.”

And as far as that goes, it’s a great book, if one where you imagine a mention of the ages for which it is appropriate should be in there somewhere. A book useful for students learning about Leonardo for the first time, their interest as general as the book’s approach. It is also, perhaps, the perfect gift for someone who appreciates having an art-related conversation piece on his or her coffee table.

The book itself, beyond the paper sculptures, is beautiful and easy to operate, the 3D treatment is engaging, suitable as an inspirational aide for those wanting to study, to research further into the far-reaching contributions of da Vinci.

Granted, it is not fair to expect a mass object of popular culture such as a pop-up book to present depth about artist motives and technique, or to delve with any profundity into the impact of said works on our world.

But given that these works do not offer a clearer view of the originals, nor any enhancement to the degree of clear viewing resolution, it is certainly a missed opportunity to present a book that encourages looking at da Vinci’s work from a different place, from a different perspective, and not suggest what elements went into the deconstruction of his work by the person offering the fresh look.

In “Portrait of a Man in Red Chalk,” for example, why are the beard, nose and mouth, the elements to highlight? What does the author hope to show us about Da Vinci’s original that we might not see when looking at the 2D work? How is Watson McCarthy’s book helpful in seeing the master’s work differently, more clearly? What parameters did she use in deciding which pieces to re-sculpt? What insights came of the process, or what insights might we derive from our own observation of her interpretation of such famous, too-seen, not-really-seen-enough works?

All of this makes it so that as great as what pops up from this book might be, much of what any reasonable adult might expect from a book like this never materializes, the concept, sadly, ultimately failing to rise to the occasion.