Leftover in China: The Women Shaping the World's Next Superpower 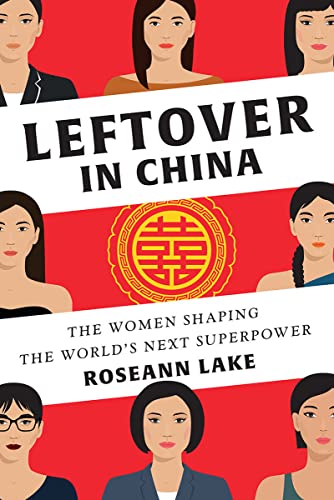 In Leftover in China: The Women Shaping the World’s Next Superpower, Roseann Lake, who worked at a television station in Beijing, provides us with a new angle on the usual narrative of the effects of the One-Child Policy in China. The One-Child Policy introduced some 40 years ago to address growing population pressure, when combined with the traditional preference for sons, and the miracles of foetal imaging which enables sex-selective abortion, has resulted in China in a massive surplus of boys and men—a predicted million more men than women of marriage age by 2020.

Roseann Lake combines two approaches in this publication. The most successful of the two are her very detailed and often amusing portraits of four urban women in their late-twenties whom she knows well, who have been reared with all the educational and other advantages previously reserved for sons, and are now “leftover” in the sense of being both ineligible and unwilling to marry their Chinese male counterparts.

The second thread in her narrative comes from the presentation of secondary economic, social, and political data from a range of recent publications and studies which analyze the forces which have shaped the lives of her leftover women.

Where these two approaches mesh most successfully are in Lake’s illustration of the tussle between the essentially Confucian ideals of marriage as a mechanism to regulate and articulate state and family structures, which are still very powerful for the parental generation of Christy, June, Ivy and Zhang Mei; and the expectations of modern, educated, urban women who are “citizens of the world” and expect to meet and make their own choices without being made to feel “unfilial”. Additional pressure comes from the fact that with the inadequate social protection provision by the State, children— even if they are “only children”—are still the best insurance for care in old age.

Elsewhere the transition between chatty portraits and serious socio-economic data can be a little jarring, and the latter not fully digested to illustrate the forces shaping the lives of the gang of four, or maybe five if we count the briefer glimpses of YanYan and her “kitten heels.” This problem could have perhaps been mitigated if some of the socio-economic and cross-cultural analysis had been presented earlier and more skilfully integrated into the biographies.

This is a minor quibble however. Overall this is a fascinating read, and one is left wanting to know much more, not least about those surplus men, normally blamed for bride-trafficking and domestic violence. There is much more to learn about the effects of the One-Child policy, now relaxed, and hopefully Lake will apply herself again to enlightening us?