Left in the Dark 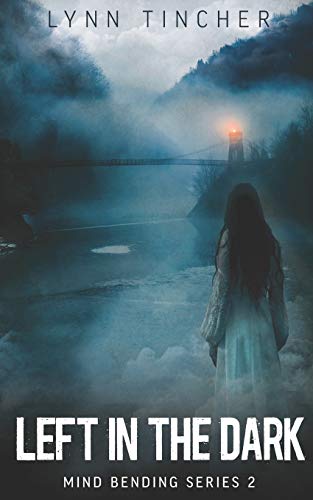 Emphasis shifts from Paige (our detective protagonist in the first novel) to Junna (her long-lost sister) and from mind reading to demonic possession in Left in the Dark, the second installment in Lynn Tincher’s Mind Bending series.

Junna dreams of Hannah, a troubled girl who is exhibiting strange behavior. Hannah is terrified after being scratched by a shadow figure in the night. Yet she demonstrates a strong mental power by attempting to strangle Randy—a mind reader and her legal guardian—without the use of her hands. The contradiction between her overwhelming fear and her menacing strength has Randy at his wit’s end.

When Randy connects with Junna through her dreams, she arrives on his doorstep with Paige in tow and instantly forms a connection with Hannah. Paige decides to invite Randy and Hannah to her home for Christmas in the hope that together the three of them can help the girl.

But Paige is having trouble coming to terms with her psychic tendencies. As she tries to find a missing boy, she feels mentally blocked. As her relationship with Jay progresses, she fears that he is not truly accepting her newfound abilities. She does not want to rush into marriage and is afraid that Jay is planning to propose on Christmas.

Yet Paige achieves a breakthrough when she is able to find the kidnapped boy. But her triumph is short-lived when Hannah’s arrival quickly turns violent. Paige, Junna, and Randy turn to their FBI contact, Agent Riggs. He calls in an exorcist named Evan. Junna is immediately attracted to Evan but her insecurity keeps her from making a move.

During the exorcism, things get intense when Hannah begins growling and a masculine voice comes from her unmoving lips. When Paige makes eye contact with the girl, she is transported to a psychic realm and encounters a familiar adversary. It is up to Junna and Randy to enter this dimension to save Paige and rid Hannah of her tormentor.

The conclusion offers a glimpse into the plot line of the third book as the roles of Paige, Junna, and Randy are defined in a far-reaching way. Does death really bring an end to a psychic’s abilities? Does the quest for revenge live on?

In terms of plot, Tincher ups her game in the sequel. She masterfully weaves the interactions of the main characters while introducing new faces into the mix. The relationship of Paige and Jay is put to the test, while Junna’s interior life is more fully explored. The introduction of Randy and Evan into Junna’s life foreshadows a possible love triangle.

The overuse of certain characteristics is a drawback. Paige’s obsession with the amount of cream and sugar in her coffee is overstated and she spends too much time in the bathtub/shower. For upcoming editions, presenting the characters in new ways is required.

Overall, Tincher delivers in the sequel and leaves the reader eagerly anticipating the third in the series. The relationship between the newly reunited sisters is explored in greater depth as they continue to explore their psychic abilities. Their bond is strengthened as they work to save two children in danger.