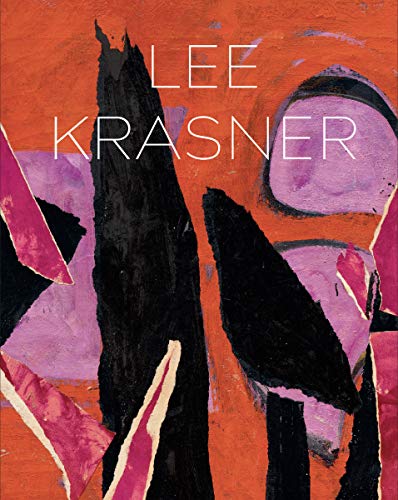 Lee Krasner: Living Colour is a comprehensive look at the life and work of the abstract expressionism pioneer who produced original, groundbreaking work for over five decades, but is still often referred to as “the wife of painter Jackson Pollock.” Edited by Eleanor Nairne, the book accompanies a major ongoing exhibition of Krasner’s work at the Barbican Gallery in London (May 3–September 1, 2019).

There is much to learn and much to see here, but readers might take a page from Krasner herself, who, as Nairne says in her excellent, in-depth foreword, viewed her life and career as an artist with a very long eye, without haste, and with pragmatic, clear-eyed understanding of the fact that marriage to another famous artist might mean that some things in her own career would have to wait. That her contribution risked being obscured or misinterpreted by the association but that there were also benefits to it, which she made a conscious decision to enjoy, placing each thing in its own time, every achievement in its own decade.

It is something that comes up often, though in different ways, throughout the four exhaustive essays about her life and art that accompany the many full-color images of Lee Krasner’s work: her persistence and doggedness, present from a very young age, but also her vision, her ability to see into the future and play with time to achieve her aim and arrive at the goals she set for herself in a way that reflected her.

We see this when she defied professors to work on an ambitious self-portrait of herself modeled after Van Gogh’s own (Self-Portrait, c. 1928). Professors at the National Academy would refuse to believe she had painted it “plein air” (outdoors), saying about her: “This student is always a bother . . . insists upon having her own way, despite school rules.”

It was good practice for being a woman artist in the world of mid-20th century art. As John Yau writes in “Writing Rimbaud on the Wall,” one of the essays in the book, “Krasner’s isolation from this society was twofold: she would have to forge her own path as a woman in the art world, but, once she had found it, there was little likelihood that the art world would take her seriously, simply because she was a woman.”

The quote Yau alludes to in the title of his essay was one that Krasner had friend and painter Byron Browne paint on her wall: “To whom shall I hire myself out? What beast must one adore? What holy image attack? What hearts shall I break? What lie must I maintain? In what blood must I walk.”

And, thus, you see the shrewd strategist at work, knowing the challenges and facing them head on, learning the give and take, never abandoning the game, while also daring to take risks with her work at different stages of her life.

Here, for example, she explains in her own words the basis for her unique brand of organicism, rather inspired in animism (a 1940s artistic movement to restore a vital role for art, with spiritual and social functions):

“I merge what I call the organic with what I call the abstract, which is what you are calling the geometric. As I see both scales, I need to merge these two into the ever-present. What they symbolized, I have never stopped to decide. You might want to read it as matter and spirit and the need to merge as against the need to separate. Or it can be read as male and female.”

Krasner is now widely recognized as a master colorist, and this book and exhibition certainly highlight that. There is also a section on her “little images” and on her famous “Palingenesis” works.

In addition to the glossy renderings of photography of her work and the essays, there are personal photos of Krasner, sometimes with her husband, most on her own, an engaging interview she gave a student years before her death, full annotations on each painting, a generous chronology, bibliography, and full list of featured works.

Lee Krasner: Living Colour is a book that offers everything needed to know and understand the work and important contributions of Krasner to abstract painting, but also most of what is needed to understand the woman behind the work and myths. It is a handsome tome, colorfully positioning her as the master of her craft that the art world was only to slow to recognize and give full due, her own brilliance for decades obscured by the intense, dazzling light of the lamppost shining above for a good part of her life.