Lean Out: The Truth About Women, Power, and the Workplace 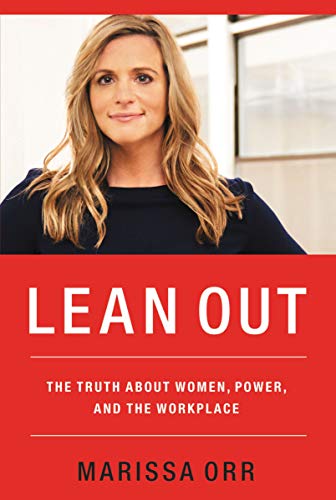 Lean Out: The Truth About Women, Power and the Workplace though  purporting initially not to be about Sheryl Sandberg and her well-known treatise Lean In: Women, Work, and the Will to Lead  seems infused with hostility to Sandberg’s rallying call and its attempts at implementation through Lean In circles in Facebook, and elsewhere. Marissa Orr appears to be unaware of the well-established and widespread criticism of Lean In even latterly from Sandberg herself. And as few thinking feminists would regard Sandberg as the “figurehead of modern-day feminism,” Orr is aiming for a target that has already moved.

Though the book claims to unravel “the larger dogma and rhetoric currently dominating the national conversation on women and work” anyone hoping for a fresh analysis of the structural and institutional issues underlying the gender wage gap or the paucity of women at the top table will be disappointed. Marissa Orr’s focus is on finding ways to “encourage us to lean into our individual strengths and to celebrate the value women bring to the table,” rather than being encouraged to imitate “male behaviours.” The whiff of essentialism here is not accidental.

The author is upfront in stating her beliefs that there is a “biological component” behind the differences in personality and behaviour of men and women, and that her intention is to deal with white corporate America as a totally separate sphere of action which cannot be compared or extrapolated to any other areas where diversity could be an issue.

Her stand on intersectionality seems uncompromising though she may not to be very familiar with the concept; “absolutely nothing in this book, in any way shape or form can be used to explain or argue anything related to race, religious and ethnic diversity or affirmative action. Ethnicity and gender are two totally different and unrelated things, and cannot be lumped together when it comes to diversity.” Thus the author places analysis or discussion of “socio-economic and historical forces beyond the scope of this book.”

So what are we left with? Several rambling chapters take us through the Orr’s experience of working at Facebook. Consistent with her stated intentions she largely ignores systemic and institutional underpinnings of inequality though venturing briefly in Chapter Ten on Wellbeing vs. Winning into possibilities of shared parenting and closing the gender wage gap. She presumably considers the latter as a largely meaningless measure given the trade-offs involved.

This makes Orr’s own epiphany even harder more puzzling though it is repeated more than once. When offered a promotion she turns it down saying that what she is really interested in is more money. Two weeks later she is sitting, not in the “corner office,” when she receives an email from management saying that they were going “to use 60 per cent of their discretionary budget to award me a spot bonus. It was a large sum of money I was not expecting. I was floored.” And so are we.

What is the message here? “Had I remained stuck in the false notion that I needed and wanted a promotion, I would’ve received neither the promotion nor the money. But to get what I wanted I first had to know what it was. In that moment it was money but as time went on and I got more honest with myself about who I am, and what I wanted the process grew into a much bigger journey towards fulfilment.”

Leaning out or leaning even further in? You choose? More women are entering the corporate world at high levels in the US as elsewhere, and Sandberg’s original message was supposedly to lean in to that world in order to reform from within. Evidence suggests that Sandberg’s leaning in did not bring reform or diversity to the workplace. It seems unlikely that the Orr manifesto of navel-gazing will do any better.