The Latinist: A Novel 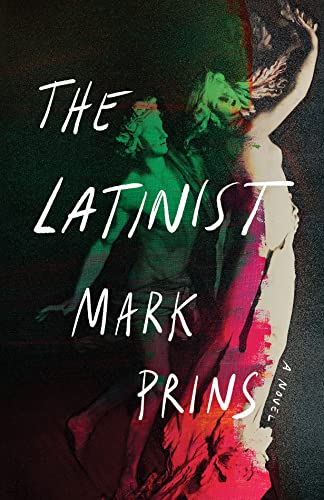 “The writing is excellent, the characters well rounded with believable human flaws and peculiarities, and the plot intriguing with lots of learning for the reader.”

This debut novel by Mark Prins is a tour de force: an academic thriller that takes us searching into the ancient world, breathlessly awaiting what the heroine Tessa Templeton, a graduate student of classical literature at Oxford, will unearth next; it is at the same time a story of romantic obsession, a modern version of Ovid’s telling of the Apollo and Daphne myth, that depicts how love, for all its joy and beauty, can also be a destructive force.

Tessa is a talented student from Florida whose newly divorced doctorate supervisor and mentor, Chris Eccles, the distinguished head of classics at Oxford’s Westfaling College, falls desperately in love with her. Tessa, who has just broken up with a new boyfriend, Ben—who she had met in a bar—over her fixation on her work, is at first not entirely averse to this, especially after a boozy night during which the professor tells her that “everything would sort itself out just fine.” Nevertheless, she is bent on proceeding tentatively, more focused on establishing her career with the help of her impressive mentor.

However, when she is anonymously sent Chris’s less-than-stellar recommendation letter, her dreams for a professorship at one of the elite universities specializing in classics are shattered. Chris’s descriptive phrases such as “she has difficulty applying herself consistently to research and drafting,” “hindered by a tendency to be argumentative” and “not always accompanied by the appropriate rigour” are certain to doom her chances but will allow Chris to offer her a position at Westfaling College that will keep her close to him.

At first, Tessa suspects anybody but Chris, but one by one the other possible culprits are eliminated, and she is eventually led to the conclusion that it could have only been her supervisor. Rancor sets in, as she eventually musters up the courage to confront Chris with the letter, who at first tries to refute that he wrote it—showing her a never-sent, very positive recommendation letter—but in the end admits to the deed, claiming that he did it out of love.

Tessa buries herself in her work, assiduously pursuing her interest in a mysterious, lesser-known Roman poet, Marius Scaeva, of whose output very little has survived the ages. She is drawn to his work in part because of his use of a strange poetic meter, the “limping iambs” or choliambic meter, “an awkward rhythm normally associated with works of invective, pioneered by a Greek poet several centuries earlier named Hipponax, and used only sparingly by Catullus, among others, in Latin.”

Her research takes her to Isola Sacra, the sacred island of the dead off the Italian coast at Ostia, the ancient harbor of Rome, where a friend, Lucrezia, heads up the archaeological dig. This leads her to make an astounding discovery that she then plans to present in a paper that would launch her in the field.

However, Chris, back in Oxford, grows suspicious of her absence, and since he has managed to hack into her emails, steals some of her findings. The story builds to an action-packed surprise finish as the two wrestle not just in the realm of academia, but also in their love-hate relationship.

This is a novel that can be enjoyed at many levels: as a fascinating delve into the world of classicist academia, as a well-crafted study of human nature, or simply as a fast-paced thriller. The writing is excellent, the characters well rounded with believable human flaws and peculiarities, and the plot intriguing with lots of learning for the reader.

A book that is difficult to put down. We can hardly wait for Prins’s next work.