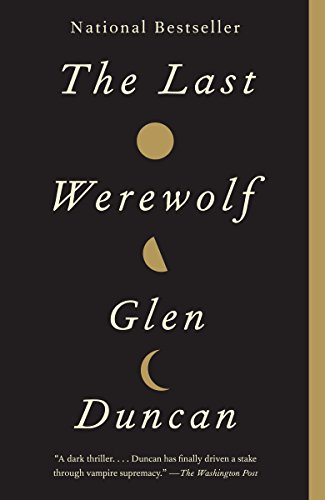 Vampires have been the subject of popular literature for well over a century now, but werewolves have continued to wallow in the shadows. Often portrayed as out of control animals or doomed victims, werewolves are generally overlooked as both heroes and villains, let alone fully developed characters.

There may be several reasons for this. Generally the werewolf is quite out of control, unable to risk their animalistic drive for flesh and blood, unable to even remember what they did on the full moon. Becoming a werewolf is primarily a violent and anonymous event that overcomes the person cursed and often left to struggle to merely survive. That curse only rears up from one to three days a month—depending on the mythology embraced by the author—which leaves the rest of the month for what, exactly?

Yet all of those possible reasons for making werewolves less interesting are a huge playground for a writer to explore if he or she has the imagination and drive to delve into less popular soil. Yes, there have been teen and tween books featuring werewolves and other shape-shifting creatures as well as paranormal romances, but those tend to be so focused on the interpersonal relationships and melodrama of those genres that unless you are a fan, you may be bored. Horror books continue to take a swipe at the werewolf but tend toward the gory. A serious book looking at werewolves that does not pull punches on the violence but also tackles the important question of how being such a creature affects the humanity of the cursed one is rare.

To join that rare group we have the new book from Glen Duncan. The Last Werewolf mixes together a few different possible myths about werewolves into the story of one Jacob Marlowe. Cursed to undergo a transformation once a moon cycle, Jake as his few friends call him, also has an extended lifetime as well as some serious sexual issues arising from the same curse. He could live, exploring the world, developing his intellect, loving and leaving the ladies, for centuries expect for one huge hurdle: an international, secret organization dedicated to hunting down and killing supernatural creatures. The Last Werewolf begins with Jake learning that as far as this secret kabal and his own contacts know he is now officially the last werewolf.

Immediately we are thrust into Jake’s struggle to survive those 27 other days of each lunar cycle when he frankly is not more powerful than any man with the same amount of martial training and experience. Of course over a century of experience has its advantages but almost every day and night is a fight to stay ahead of those wanting revenge or simply to make a name for themselves. His story is told in several ways. First through the first person present tense that works very well for horror and adventure books because it places the reader into the action; however, Jake also keeps a journal; and there are times we are him as he is writing it. That means we also go into his memories—including the horrific events that created his curse and which dictate his personality and nomadic social life.

These three viewpoints from one character work very well as Duncan skillfully weaves them together with suitable hints that allows the reader to adjust their own understanding of the events described or lived. There is one more viewpoint that is not as smoothly included in the last few chapters of the book. The change is so sudden and so subtle at the same time that it takes care to figure out what has happened. To less careful readers this will be jarring but for the deeply invested reader this will provide a further emotional connection between we mere mortals and those cursed by the lunar lusts.

The result is a fast paced, intense story of not one but an entire race of supernatural creatures that we as humans find ourselves drawn to while we are simultaneously repulsed by the horror of their one night a month. Written with a male viewpoint, the subjects and words may seem a bit rough at times, but this realism makes it even more powerful for any reader. This is not a nice romantic story, so be aware before you pick it up that not only will the fur fly but the blood and flesh will as well.