The Last Summer of the Camperdowns: A Novel 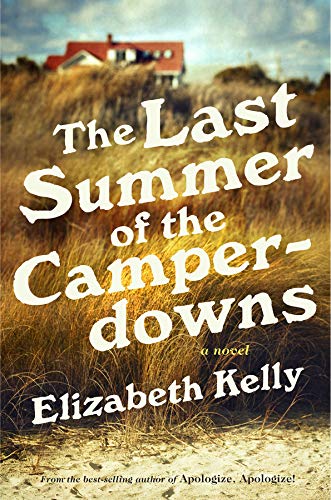 “Given the enormous appetite for television soap operas . . . should sell up a storm.”

Given the enormous appetite for television soap operas—Revenge immediately springs to mind—Elizabeth Kelly’s latest novel should find a huge following.

Not only is the story jam-packed with twists, turns, and, yes, revenge, it also has its share of suitably flawed characters whose names alone should qualify them for instant soap stardom.

She’s 12, “almost 13,” when the novel’s tumultuous events take place, though even when the tension rises it’s hard to keep a straight face every time someone calls “Riddle,” which they often do. Luckily, the “feral” language frequently employed by the sulky pre-teen serves to bring the reader’s attention swiftly back down to earth.

Added to the remarkably named mix are Riddle’s breathtakingly beautiful (of course) chain-smoking, ex-movie star mother Greer; Greer’s good friend Gin Whiffet, whose camp fussiness belies his taste for stuffed dead animals; and his secretive, mysterious stable manager European immigrant Gula Nightjar, whose past is surely as sinister as his presence seems to be.

Oddly—or perhaps purposely—the powerful Devlins, whose ongoing family feud with the Camperdowns fuels much of the action, are given the ultra-ordinary names Michael, Harry, and Charlie.

When one of Michael’s sons disappears in strange circumstances, a multitude of past secrets and simmering resentments rise to the surface. And when Riddle sees a horrible crime—or thinks she does—her fearful silence magnifies the cracks in their privileged Cape Cod lifestyle out of all proportion.

The adult Riddle’s description of her childhood crush Harry, chanced upon years later and now married “to some shiny object he picked up along the way,” illustrates exactly the story’s unmistakeable soap opera veneer:

“If Harry was surveying the forest, then I was focused on the tree,” she says. “Warm and robust, he crackled like a campfire, flickering with all the colors of autumn-russet hair with gold and amber highlights, fair skin rosy and burnt by the sun and the wind. . . . But for the intelligence and humor in those balmy blue eyes, he might have escaped from a Ralph Lauren print ad.”

All-in-all, it’s the print equivalent of an angel food cake: fancifully described, pretty on the outside, ultimately unsatisfying. But that’s okay, books are meant to appeal to a variety of tastes—and The Last Summer of the Camperdowns simply did not whet my appetite.

Correctly marketed to that enormous soap-opera loving segment of bibiliophiles, The Last Summer of the Camperdowns should sell up a storm.