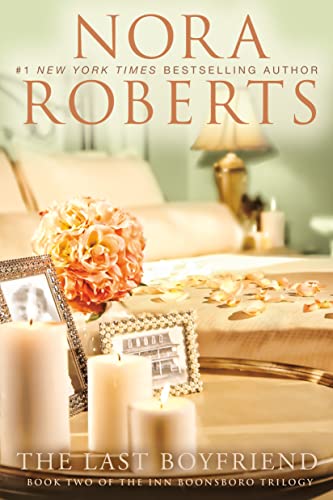 “When Nora Roberts writes a great story with likeable characters so warm and real—nobody does it better.”

While Nora Roberts’ prolific assortment of novels are set in locations all over the world, including the fantasy world, this book takes place in Boonsboro, Maryland, her home for 30 years. Even more intriguing is the fact her story is based on the real life renovation of the Inn Boonsboro, which she and her husband own along with other stores connected to the old Inn. This may explain the extra heart found in this most special trilogy.

The Montgomery family of contractors continues its work as a tribute to their deceased father and husband. Owen is the coordinator and listmaker who annoys his brothers, Beckett, the architect and Ryder, the craftsman, who use their combined talents to overhaul the Inn Boonsboro to its original beauty-–and then some.

Each member of the family contributes different talents, including their mother Justine’s imagination and artistic eye for décor. As a team, they turn a ramshackle old Inn into a thing of beauty—a dream place never before seen in Innsboro. It becomes a work of art and Lizzie, the resident ghost who mourns her lost love, seems to agree.

Each of the many bedrooms is named after the lovers in famous books, including one of Nora Roberts’. The brothers, along with Owen as the last holdout, are aware of the female ghost who inhabits the Inn, spreading her scent of honeysuckle and sometimes fierce temper.

Handling the business end of the business doesn’t keep Owen from rolling up his sleeves and working with his brothers. He does get sidetracked looking across the street at Vesta, the pizza restaurant run by Avery, the first girl he kissed when they were both young children, and the one he hopes will be the last. Now he needs to convince her of that.

There are hilarious laugh out loud scenes, especially with Owen, who’s the prim and proper brother, part of a family that’s anything but. When Owen walks in on his mom, Justine, wrapped in the arms of his father’s best friend, Willy B., Owen goes speechless. Willy lumbers off to put some pants on over his boxers, and Justine pulls her robe closed.

It’s comical seeing roles reversed and more so as Owen relates what he saw to Beckett and Ryder, who don’t know if they want to kill Willy B. or poke out their own eyes. Ryder, more crotchety than usual, lets out the F-word and his brothers jump on him for it. The same gratuitous use of scatological language, often detracting from the ambiance of this quaint story, is not to be used in context with their mother.

Lizzie, the resident ghost, seems pleased with their love, leaving trails of honeysuckle throughout the Inn and attaching herself to Avery. She needs something and it falls to Owen, Avery, and other family members to try to find it for her.

The Last Boyfriend, second in The Inn Boonsboro, series, stands alone as a novel, but readers will want to read the first book, The Next Always. The ending offers a tantalizing finish and invitation to read, The Perfect Hope in November 2012.

When Nora Roberts writes a great story with likeable characters so warm and real—nobody does it better.