The Language of Secrets 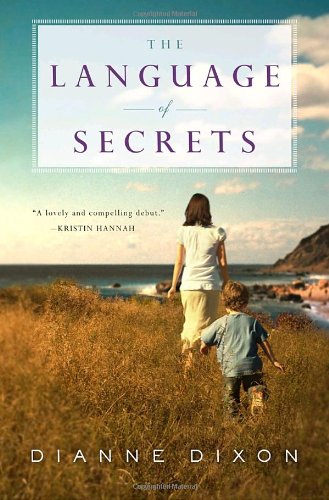 “Tracing our steps from the beginning / Until they vanished into the air / Trying to understand how our lives had led us there.”
—Jackson Browne

It was Jackson Browne who said of the past that the things we remember seem so distant and so small. The past—and its impact upon the present—is the theme of The Language of Secrets by Dianne Dixon. This is the story of Justin Fisher, a man who grew up outside of Los Angeles, the son of Robert and Caroline Fisher. But somehow he thinks that this was just a part of his life. He begins to remember growing up as “TJ” with a red-haired mother, living in the snow of the east coast, perhaps in Boston. “. . . the information was presenting itself to him in erratic bursts. In bits and pieces. Out of nowhere.”

In this tale by a Hollywood screenwriter turned author, Justin’s search for his past is painful. It is a past filled with family secrets and a great deal of anger. He is just one of the characters who have both pleasant and painful memories of home and relations. “Home is the place in which you were rooted by your beginnings. . . . It marked and branded you. And if it was a broken, desolate place it would leave you hungry and dangerous, and punished, for the rest of your life.”

The Language of Secrets repeatedly deals with the tension between remembering one’s childhood home as a place of sanctity and safety, and as a place to be escape from. “Mom, I don’t need a house. I’ve got a condo. I’m head of publicity for a major movie studio. I’ve got a kick-ass life that I love. I have no interest in getting married and settling down. . . . [This house was] a nice place to grow up in. But that’s the whole point of being a kid and then becoming an adult. You grow up. You move on.”

So says one of Justin’s sisters to his mother. But usually in a family at least one of the siblings must lead the life chosen by his or her parents. In this story, it is Justin’s father who winds up living a second-hand version of his own father’s insurance salesman’s life. Disastrous consequences follow for everyone.

Clearly, Dixon has devised a fascinating set-up for a novel. There’s love here, but also, as previously mentioned, a lot of anger and rage. Rage that comes from seeking independence, even as a full grown adult: “I have a rich father-in-law who treats me and my wife and child like we’re a wholly owned subsidiary.”

Dixon’s strength is in getting the reader to want to follow along with a not-so-pleasant tale, wanting to turn the page, and the next, with a bit of trepidation as to what’s ahead. In Language, life is not what it seems to be. This is demonstrated by jumbled memories of jumbled events. (Haven’t we all been corrected by family members about when and where something in our past occurred? And don’t we, nevertheless, continue to believe in our own version of events?)

The difficulty with reading Language is that events seem to happen in strange order, in non-chronological fashion, even when the author identifies the time and place. The reader might be tempted to make a chart of the events in the story, and may find that they just cannot be charted out in sequence. Perhaps this is Dixon’s way of reminding us that life remains anchored in confusion and fog.

Language is such a complicated story that in the end there’s no great revelation. This reader would love to see a follow-up from Dixon that’s a bit simpler and told in chronological order. Still, The Language of Secrets serves as an indication that a very promising new writer has arrived on the scene.