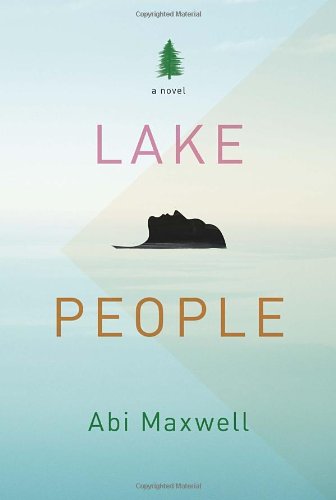 “The prose is what makes this novel enjoyable . . .”

Readers who love deep, dark, rich, multicharacter, multigeneration literary novels will gobble up this one like a case of their favorite bonbons.

Readers who want plots to advance in a straight line, and characters to be easily and swiftly identifiable and to accomplish something concrete, will likely toss this book over their shoulder and move on.

And readers who like a surprise mix will find Lake People both challenging and rewarding.

The main story is about Alice, who was abandoned and adopted as a baby and eventually seeks the truth about her past. It takes a while to get this. The narrative curlicues back on itself, looping through time and characters and points of view, so that the reader knows Alice’s history long before she does when she finally comes on stage nearly halfway into the book.

Even then, it takes some pages to realize that she has arrived, because the author segues from person to person without always naming the individuals, and switches character viewpoint from first to third person and back again, leaving the reader to scratch her head and backtrack in order to follow the changes.

Alice stumbles along a zigzag life-path around an unnamed lake in New Hampshire where most of her people settled, and which tragically claimed several of them (in incidents best described as surreal). Even not knowing this backstory, she feels the same pull toward the lake’s shores—and its depths—leading the reader to fear that she will someday join her ancestors at the bottom. This, perhaps, is the driving suspense of the book.

She manages to piece together her own story through chance encounters and from second- and third-hand sources, most of whom we meet in the ground-building chapters. Two of her relatives are described as “a little mad” and “a bit mad,” which seems to describe the complete cast.

They can also be described using other “M” words: morose and morbid, living meaningless lives. A way out is presented to several, but they either can’t see it or choose otherwise, carrying on in their loneliness: “She kept her suffering to herself, for that is the way it was done.”

The bulk of the novel is very melancholy. It moves from one sadness to the next, forward in time then backward, linking the generations. Thankfully, the author gives us mileposts at each chapter, titling them with the applicable year from 1910 to 1994 (but not in chronological order). Without them, the story would be almost too difficult to follow.

Although the book’s structure may be confusing, the writing is clear. Ms. Maxwell captures mood and place with select details, such as “. . . night so clear and crisp that she could have taken a knife and cut out squares of the air itself to store in her pocket.”

The prose is what makes this novel enjoyable for literary readers. It explores the human heart and psyche and the causes and repercussions of tragedy in carefully chosen words and sentences with poetic overtones. The book overall is both thoughtful and thought provoking—and spooky enough on occasion to send little chills down one’s spine.

It’s best, however, to be confident about one’s taste in literature before tackling this one.