The Lake of Dreams 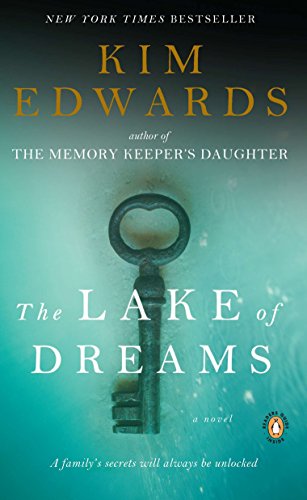 Lucy Jarrett receives word that her mother has been in an accident. She feels bound to leave Japan for home after an absence of ten years. Is her return motivated by homesickness, or, as she claims, do the small but continuous earthquakes truly terrify her?

The Lake of Dreams, her hometown, is now a tourist mecca, and Lucy is surprised to find so much change, but the problems she left behind are still there. An attraction to her high school boyfriend is reignited, her brother is still difficult, and her mother has a new friend and is considering selling the family home. Her father’s death continues to be shrouded in mystery.

Lucy finds a cache of insignificant papers and pamphlets stuffed away in the window seat. She discovers a member of the family who has never been included in family lore. Her great grandfather’s sister, Rose, was obviously active as a suffragette, served time in jail, and had a child out of wedlock. Rose committed herself to gaining the vote for women. She instructed poor women in how to avoid multiple pregnancies and other subversive activities. Later generations are unaware Rose ever existed. She has been erased.

Lucy’s extensive research reveals letters Rose wrote, but never mailed to her daughter. Lucy becomes interested in the beautiful stained glass windows in a closed church. She thinks the model might have been Rose. The undelivered letters keep calling Lucy, obsessed with finding out more. She sees the letters as being so personal that she must protect Rose’s memory.

Lucy’s good intentions turn into catastrophes, and she recognizes the complexities of Rose’s life are much like her own. She stays in contact with Yoshi, her lover in Japan, but he fails to understand her driving interest in Rose.

The reader is lured into the hardware store that Uncle Art took from her father. She visits Seneca Falls where the suffragette movement is memorialized. Mysticism connected to Haley’s comet and its return in 1986 pursues Lucy in half-remembered dreams in the strong, haunting narrative that is The Lake of Dreams.

Lucy’s world shifts and changes a great deal, but the Jarrett family tree going back four generations helps the reader keep the many characters straight. An enjoyable read.