The Lake (A Konrad Simonsen Thriller) 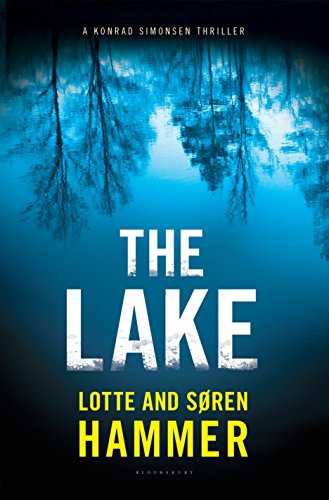 When the remains of a young African woman are found at a Danish lake nicknamed Satan’s Bog, Copenhagen Police Detective Superintendent Konrad Simonsen and his team of detectives are called in to investigate. Using a nearby estate as a staging area to search the surrounding countryside for clues, Simon and his investigators soon come to realize they are moving into a gritty world of human trafficking, prostitution, and brutal violence.

Danish crime fiction authors Lotte and Søren Hammer have published six novels so far in their Konrad Simonsen Thriller series, and with the appearance of The Lake from Bloomsbury the fourth installment is now available in English translation. While the previous novel in the series, The Vanished, had its moments and was quite readable, The Lake is something of a disappointment.

This novel follows the example of many others in the noir subgenre by spending as much time with the perpetrators as with the police who are investigating their crimes. As such, it is not a mystery, per se, but is more accurately described as a crime drama.

The Hammers expend a great deal of narrative capital in exploring the world of sex trafficker Benedikte Lerche-Larson, a young woman ambitious to take over her parents’ sex trade and gambling business.

The story depicts her efforts to separate herself from what she sees as her mother’s ineffectual management of the family sex ring and her father’s faulty business plan for their gambling academy. Readers follow along as she works diligently to advance her criminal career within the larger organization of the scary and powerful Bjarne Fabricius.

The Hammers’ decision to tell their story this way, however, tends to deflate any possible suspense or sense of mystery for the reader. For example, early in the story Simonsen’s investigators suspect a link between their unknown African victim and a 1992 cold case in which a woman was sexually assaulted by a man with only nine fingers. The intrigue, however, only lasts for a few pages, as the Hammers quickly follow this breakthrough with a flashback chapter explaining exactly who perpetrated this previous crime and how it ties in with the current case.

For readers out there who dislike spoilers—which most do when it comes to mysteries—the temptation to begin skipping the Benedikte chapters and read only the Simonsen chapters soon becomes almost overwhelming. But then they would miss at least half of the story, wouldn’t they? And they would certainly miss out on the overall objective of the Hammers to explore in this novel “a world where everything comes with a price and no mistake goes unpunished.”

The decision to give equal billing to the perpetrator depends for its success on her strength as a character who captures and holds our interest, and once again the Hammers fall short. Benedikte is flat and predictable, not the kind of character who will grab our attention and dominate our thoughts as the story progresses. Additionally, her confederate Henrik Krag and the other secondary characters on her side of the fence are cardboard cutouts that serve to prop up Benedikte’s perspective and accomplish very little else.

As far as the translation into English is concerned, Charlotte Barslund offers a smoother and less colloquial reading than did Martin Aiken in last year’s The Vanished, bringing the English editions of the Hammers’ work back up to the level previously seen from Ebba Segerberg in The Hanging.

Ultimately, The Lake is a novel that’s not for every mystery reader. The darkness of the world in which Benedikte Lerche-Larson thrives is simply that: dark. Readers who like their noir this black will perhaps be satisfied, but those who prefer a little more meat on the bone, or a story with a more engaging mystery to it, may not bother to plow through the Nordic darkness to the last chapter.