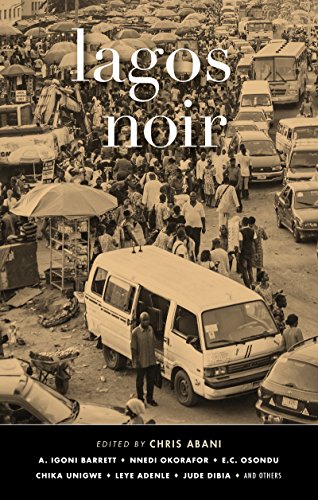 With the publication of Chinua Achebe’s remarkable novel, Things Fall Apart, in 1958, the English speaking world was introduced to Nigerian literature. By the middle of the sixties, Achebe had published two more volumes, completing a trilogy exposing non-Africans to the world as seen by the colonized rather than the colonizer. Several other Nigerian novelists, short story writers, and poets added to what became an extremely rich genre of African literature.

This was the beginning of a parade of excellent Nigerian and African writers publishing in English. Moving out from the injustices of colonialism and into a full exploration of Nigerian history and culture, several generations of Nigerian writers have followed Achebe. Among the very best are Woye Soyinka, Amos Tutuola, Ben Okri and, more recently, the brilliant writing of Chris Abani and Chimamanda Ngozi Adichie.

This collection of short stories assembled and introduced by Chris Abani, offers a range of Nigerian writers, both known and not so well known, writing in a particular genre that Abani has chosen to label “lagos noir.” All of the stories are set in Lagos or its suburbs, and all have a dark twist or dark quality to them.

In his introductory essay, Abani offers a colorful and rich introduction to the city of Lagos, conveying a feel for its sprawling urban character and its air of corruption. Abani’s descriptive powers will not please the Lagos chamber of commerce or its hordes of real estate agents, but it sets the stage for the stories that follow, and it is delightful to read.

Abani identifies the sources of “noir” as those senses or essences that are carried internally by those who suffered through the two world wars of the 20th century, and the more recent war and violence of post-independent Nigeria. As to its nature, “noir” is in part a sense of the ominous, with the “scent of death and suffering” that permeates daily life in Lagos and Nigeria. In addition, the massive contrasts between rich and poor further illuminate the “noir” found in Lagos and Nigeria.

These short stories are of uneven quality, but there are no complete misfires among them. Each offers something of value, including a cornucopia of delight in the darkness. Many of the authors have been educated, in part, in Europe and the United States. Some split their time in Nigeria and abroad, some are well known, and others are relatively new to the literary scene.

Each of the short stories carries an identification with a specific geographic location or landmark. They are grouped into three themed sections: Cops and Robbers, In a Family Way, and Arrivals and Departures. Some of the stories are marked by surprising twists and turns, some play on significant elements of fear and anxiety, and all have some element of the “noir.”

Among the general subjects examined are corruption, post-colonialism, and abortion. One murder investigation features a gay detective who draws on Sherlock Holmes as one of his role models. Another opens and closes with the appearance of a large brown rat. Personal ambition and frustration are at the heart of many of these stories.

To the non-Nigerian reader, or perhaps the non-African reader, unfamiliar motivation inspired by folktales and animistic religion are mixed seamlessly into what may seem like a fairly conventional narrative line. This technique illuminates ways of thinking and cultural markers from the multitude of the cultures found in Nigeria. For the most part, these are stories whose narrators are ordinary people struggling with day to day problems and annoyances.

If you are a reader of Nigerian literature, this volume is a must, as it introduces new writers of considerable talent and new works by writers you may have read and enjoyed previously. If you have not yet found your way to Nigerian literature or other African literature, this collection is a very good way to make first contact with a group of contemporary Nigerian writers whose skill with language and the ability to convey the unfamiliar is superb.

On the other hand, if you just like good stories about ordinary people with an extraordinary twist, this collection should not be missed.