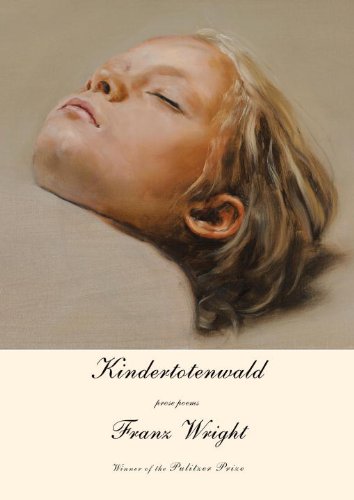 “Magically, like the prose poem form itself, Mr. Wright opens to and finds himself and makes us care.”

“After all, it was only a blizzard in Minneapolis in 1959. How are you supposed to describe something like me? And when you think about it, why should you try, why should you even care?” (“Wintersleep”)

So begins this rare collection of writings from one of America’s fine young poets, writing in prose here . . . prose poems. Prose poem is that ambiguous word and form in which the poet searches for a looser way to say something special, and the reader too searches for what makes this more than prose, more than memoir, in fact—poetry. It can come from rhythmic repetition, stunning imagery, haunting voice, or just a verbal clarity that awakens.

Poet Wright asks or challenges us here to enter his world, at times banal and personal, but also nightmarish and visionary. In “At Last,” he addresses us with “Now we will leave behind poetry and paranoia and get real for a while. This is now me speaking. It really is. At least insofar as I comprehend that term, and keeping in mind that in my case a degree of relativity is bound to accompany it, a rage of entities.”

At times Mr. Wright is intuitively brilliant, a true poet speaking prose, yet at times these read simply as prose. Tone is consistent and carefully modulated, though it varies and is embedded in the subconscious. It’s as though someone woke up from a deep sleep and began speaking. Nostalgia would best describe it as he takes us into his wounded world of loss and death and at times beauty. The book’s striking cover of a sleeping child is explained in one piece as an image of death.

No mistake, these prose poems are heavily encoded, at times dark and humorous, but always brutally personal dealing with his lost years of rambling, allusions to his struggles with drugs and drinking, his longing for a absent father (the poet James Wright), his seeking to stay connected to his mournful mother and lost brother who haunts him like the wind blown down a street. Even the title, Kindertotenwald, is itself an encoded and pretty obscure message, roughly translated as “a child's poems of the dead” much like Gustav Mahler’s symphony “Kindertotenlieder.”

Connection in a lost land is what he’s after here. The book has no real order other than the poet’s personal chronology, and they are personally encoded, so that the reader must make what he can of them.

Mr. Wright’s “The Poet” is a brilliant tribute to the 17th century Japanese poet Basho and is beautifully paced:

“Hand in hand the blind child and his mother stand admiring the new cherry blossoms forever because someone spent his life watching for them and preparing to endure once again a condition of illumination, then exercising the mastery that enabled him to store it in its purest form for the benefit of others, most of whom have never been born, before moving on . . .”

And this central image of the poet making his art runs through the book as the author seeks to stand before its mirror and find himself. Magically, like the prose poem form itself, Mr. Wright opens to and finds himself and makes us care.