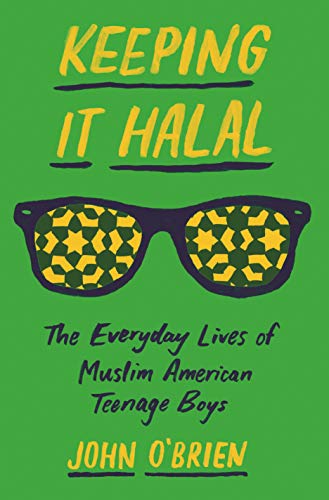 “This is a book about young Muslim men growing up in the United States,” writes Professor John O’Brien, who teaches sociology at New York University Abu Dhabi. The book is a constricted study of half-a-dozen Muslim teenagers whom the author finds in a mosque of an unnamed coastal city. Within a few opening pages, the author reveals that he himself is a Muslim who converted to Islam in 2003, nearly 15 years before publishing the book.

The Muslim boys have formed a music group, called Legendz, who are experimenting with integrating their Islamic identity with the hip-hop music they adore. “Because of this complex social position,” says the author, the boys experience “cultural tension in their everyday lives.”

And there is more to the lives of the Legendz boys than hip-hop. The boys want to date girls, raising a central query of how dating is done in Islam. Most mosques are segregated as men and women pray in separate enclosures even when they say prayer behind the same Imam. Gender-separation is not confined to mosques; it is an integral part of conservative Islamic communities. Gender mixing among Muslims, even when allowed, is rarely as intimate as found in most non-Islamic gatherings to what the author calls “the American culture.”

Here is the linguistic, if not sociological, snare. If you presume hip-hop music and gender-mixing as essentially American, Islamic reservations about sexually explicit lyricism and gender mixing inevitably generate what the author calls “a culturally contested life.” The inference is rooted in the presumption.

The author goes further in constructing “a culturally contested life” for Muslim teenagers. In Chapter 3, he posits the tension between “American individualism” and Islamic communitarianism. To feature this tension, the author selects the congregation prayer in the mosque as a starting focus of his fieldwork. The daily five prayers said in the mosque are communitarian prayers performed in unison with stated rituals. However, only a portion of each prayer is communitarian while the rest is individually performed.

Any teenager assertion of “American individualism” to deviate from the congregative prayer in the mosque is unnecessary, if not openly defiant, because the individual can simply say the entire prayer at home. Professor O’Brien is not reporting any unruly teenage behavior in mosques to draw a parallel with the teenagers’ misbehaviors in high school classrooms.

The author is correct in pointing out that the mandatory five prayers scattered throughout the day may pose scheduling conflicts for teenagers, including such activities as “going to a sports store” or “skateboarding” or “going to the beach.” But why is this conflict “American?”

American teenagers, Muslims, Christians, Jews, and others, can make poor choices, resorting to self-destructive behaviors on the theory of “do what they want when they want.” But equally true is the fact that American teenagers of all religious stripes can be highly conservative, family sensitive, and caring for communities; and, they make smart choices daily, with or without sacrificing skateboarding, computer gaming, or going to the beach.

By focusing on a small group to build up the narrative, the book falters as a productive clue to the understanding of nearly a million Muslim teenagers in the United States. Studying a few Muslim boys enamored with hip-hop lyricism might be “cool piety,” a phrase the author invents to describe the synthesis of incompatible values, but the book overlooks the diversity of Muslim teenagers, some holding on to religion and community, some not, and many, despite cultural pressures, excelling in math, sciences, American history, debate, and sports.

Thousands of Muslim teenagers raised in America, now in their thirties, have already become engineers, lawyers, doctors, teachers, and politicians, and hundreds of thousands are on the way to serve their country, the United States, in all fields, including government and military. And most are proud Muslims. This sociology demonstrates that Muslim teenagers have been doing well in America.

The book rightfully underscores the point that teenagers go through growing pains as they process their ego, cope with family circumstances, and build a self-concept in the crucible of culture. In the United States, given its racial, religious, linguistic, and cultural variety, teenagers must process a lot of confusion. African American teenagers “live culturally contested life” as do the poor children in big cities. Even white teenagers, facing real and possible shootings in schools, must reckon with their existential predicament.

As a sociologist, Professor O’ Brien knows that there is always some friction between individual and community. But the friction is fruitful for both. The community does not advance unless a new generation of individuals contests the existing norms, and the individuals fail if they depart too aggressively from the community standards.

No community is tension-free. Muslim communities, like others, have been replete with value conflicts everywhere in the world, including America. Keeping It Halal offers valuable insights into some of the major tensions Muslim teenagers experience and negotiate in the United States. A similar book can be easily written about tensions the teenagers undergo in Saudi Arabia or Indonesia.

An intellectually and culturally challenging life is good for teenagers as they process social reality through conflicting demands on time, attention, and normativity. There is no need to single out Muslim teenagers by presuming some insurmountable conflict between “American culture” and Islamic values. Fortunately, Professor O’ Brien reaches the same conclusion.