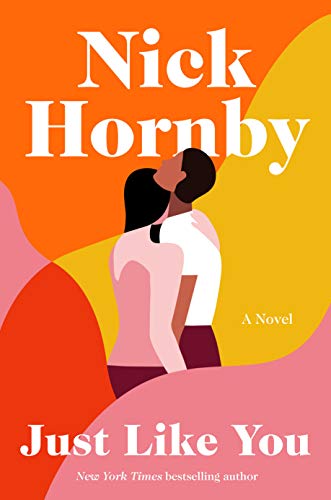 This book by Nick Hornby is so “woke,” it’s as though the author is writing an opinion piece more than a novel. All the PC bases are covered and, probably because of that, it all feels so contrived.

Lucy is a young, pretty, British, 40-year-old mother of two boys who is divorcing her husband because, among other things, he drinks too much. Her semi-friend, the married Emma, admires her because of all the great sex she must be having.

Lucy is not having that sex—at least not yet—but then she begins hiring a butcher’s assistant, the 20-something-year-old Joseph, to begin babysitting and sparks fly. Soon, Joseph is doing a lot more than tucking Lucy’s kids in at night. Trouble is, Lucy is embarrassed and knows what it will look like—sleeping with the babysitter—that at first she tries to keep it all a secret. The only ones who seem aware are her young sons who suss out that Joseph is around a little too much and unlike other babysitters.

That scenario alone would be enough for a lot of novels, but Hornby begins piling on with one “woke” plot twist after another. Joseph is Black while Lucy is white. There is even a reference to the film Guess Who’s Coming to Dinner? Of course, being a millennial Joseph has no idea of the plot or who this Sidney Poitier fellow is.

But that’s just the beginning of this complicated relationship. The story takes place as the Brexit vote is about to go down; Lucy is voting to stay in, Joseph likely will vote out, thanks to the influence of his politically active father. Lucy is also from a different class than Joseph. When Lucy invites him to a dinner party, his anxiety is off the charts because he cannot imagine the topics that will arise. She’s more than a bit worried too because she imagines Joseph will feel intimidated. He does feel that way, but the dinner guests are too polite to say anything to Lucy except for a female friend who says, “Good for you.”

The relationship makes for any number of fraught encounters. Joseph doesn’t want Lucy to meet his mother who is approximately the same age. Joseph rationalizes his decision: “He was protecting everyone—Lucy, his mother, himself. He couldn’t have articulated what made him so uncomfortable. All he knew was that God had put all those bus stops between his old home and his new one for a reason. It didn’t matter what he felt, though, because Lucy called her anyway.”

He also doesn’t want her to go out clubbing with his friends because he imagines he’ll cringe at her dancing but, as it turns, out Lucy winds up isolated with all the girls in the crowd giving them sex advice and advising on what lube to use.

If all of this sounds fairly amusing, it isn’t really. There are any number of endless conversations Lucy and Joseph have about their relationships and, after a bit, you feel like you’re trapped in a private conversation you care nothing about. They drone on and on but never seem to advance and it gets tiresome and tedious, two adjectives that don’t make for a compelling novel.

There’s too much slog and not enough snog, as the Brits might say.