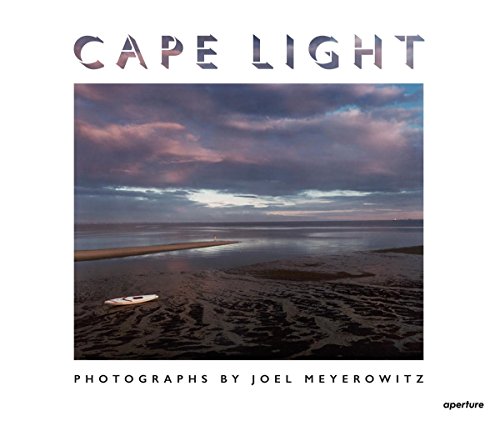 In 1962 Joel Meyerowitz was a junior art director at a New York City advertising agency. When he had the opportunity to observe and work with photographer Robert Frank (The Americans) the experience became a life-changing one that illuminated his future path.

He immediately went to his boss, quit his job, and inspired by the work of Cartier-Bresson and Robert Frank, Meyerowitz became an intuitive fast-seeing street photographer in the 1960s, capturing the fraction of a second when gestures become revealing. His tool of choice was the Leica 35mm rangefinder camera.

“Photographers deal with things that are always disappearing. We're on the edge of knowing, and then only by a shred of feeling of almost no duration,” says Meyerowitz.

By the late 1970s the “desperation to find the appropriate form” took him from the bob-and-weave method of working the fast paced Fifth Avenue throngs in 35mm, to shooting with an 8x10 inch view camera on location in Provincetown, Cape Cod. The shift was from shooting at a 1/1000 of a second in black-and-white to the careful consideration of 10 full seconds in color. “The moment I decided to pick up a view camera. It slowed me down, but it was a liberation.”

In the long interview with Bruce K. MacDonald, Meyerowitz adds, “When I committed myself to color exclusively, it was a response to a greater need for description. When I say description, I don’t only mean mere fact . . . I really mean the sensation I get from things—their surface and color. . . . Color plays itself out along a richer band of feelings—more wavelengths, more radiance, more sensation.”

Joel Meyerowitz’ Cape Light is a reissue of a book first printed in 1978. The publishing of Cape Light decades ago was an inspiration, a revelation of refined color and simplicity at a time when black and white was considered the standard for serious photography. Although the incongruence of a large format view camera and seizing fast moving life in Provincetown was an anomaly—and daring—it also revealed the marvelously nuanced color captured at the Cape. Joel Meyerowitz succeeded best in the way that he recorded porches at dusk, long stretches of beach with an approaching storm, and quiet portraits.

Many images have a minimalistic flavor of form and color. Some are timeless in the way they captured the environment such as Dairy Land Provincetown, 1977; and Doorway to the Sea, Provincetown, 1982.

Having owned the first printing of Cape Light for thirty years I find myself comparing both books. Whereas the first printing was a bit smaller in dimensions it distinguished itself in being slightly more saturated in color while retaining a sense of subtlety.

The new hardcover edition includes the extensive interview/conversation between Joel Meyerowitz and MacDonald first published in 1978, as well as a new preface by Meyerowitz.

Contrary to many fine art photographers who couch their work in high-flown gauzy hyperbole and art “concepts,” Meyerowitz is very straightforward about his work: “Very simply, I’m sensitive to colored space and the envelope of light enfolding things.”