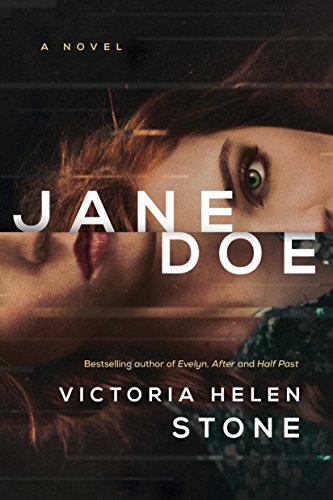 This gripping gut-level revenge-fueled psychological suspense from Victoria Helen Stone introduces a narrator you will love to hate. As Jane herself says:

"Most people don't notice that I'm different. I work hard at making sure I fit in. But sometimes perceptive people sense the coldness inside me, and they don't feel at peace. They feel nervous. They draw away. They watch closely, waiting for a strike, and that's exactly what they should do. There's nothing comforting about me."

Jane has taken a leave of absence from her glamorous high paying job as an American import-export attorney for a big Asian manufacturing company in Malaysia. Leaving behind her luxurious apartment in Kuala Lumpur, she comes to Minneapolis where she rents a run-down, one-bedroom apartment, and takes a boring entry level job at an insurance company. Why? Because that's where Stephen Hepsworth works. Her mission? Destroy him.

Jane's friend Meg has committed suicide. Jane blames Stephen for that, and she wants to make him pay.

Though Jane is dishonest with almost everyone—Stephen, Stephen's family, and her employer—she is breathtakingly honest in her assessment of herself. She dislikes kids, most men, animals, zoos, her mother, her brother, all churches, and religion in general. She's not even interested in music, because music is about emotion, and she has no use for emotion, either. She is an unapologetic, self-confessed sociopath. The word soulless might even apply.

She does like food, reading, dark thoughts, and sex. Especially sex, but only as long as it comes without love or commitment. As Jane herself says: "I'm not good at relationships." Jane is so complicated, it might not be worth the trouble trying to figure her out. Quite frankly, she has very few redeeming qualities or characteristics.

Now, let's look at Stephen. As the son of a preacher, he loves and respects his father, and is a regular church goer. He's neat and clean and so is his apartment. He's polite, well-spoken, dresses well, and goes to work every day arriving on time. He flirts with her. He courts her. He compliments her looks and cooks for her. What's not to like? Keep reading.

It may occur to wonder at Jane's reason for wanting to destroy this man, especially since it's questionable whether her affection for her now deceased friend Meg had been reciprocated in life. But then again, Jane's never been really adept at interpreting societal cues. Was Stephen really cruel and abusive to Meg? Or did Meg go off the deep end and become the crazy ex-girlfriend? Keep reading.

Whatever, Jane wants what she wants when she wants it. She doesn't feel doubt. She doesn’t feel guilt. And empathy is mostly beyond her grasp.

Yes, Jane, is not a likeable person. Here's how she explains it to an old friend she encounters on the street:

". . . The latest research on sociopathy hands some blame to genes and some to environment. My parents' behavior suggests pathological levels of selfishness and carelessness on both their parts. They combined their shitty genes and then ladled on hefty doses of neglect and emotional abuse, and here I am."

The action slows down about two thirds of the way through the book. Because her decisions on how to complete her task are so poorly thought out, it gets to a point where she can't make a move. Readers may become impatient. Come on already! Just DO it!

Jane gets impatient, too, and that's the reason she blows it big time on her first attempt. But no worries. She comes up with an even better idea.

Without question, some may find this book a cringe-worthy, uncomfortable read. And if anyone thinks that the author, who writes romances under the pseudonym Victoria Dahl, is going to finish with the inevitable happily-ever-after in this otherwise deliciously sinister book, keep reading.

Stone skillfully, deviously and gleefully leads the reader down a garden path to a knockout WHAM-O of an ending. Jane Doe will not disappoint.