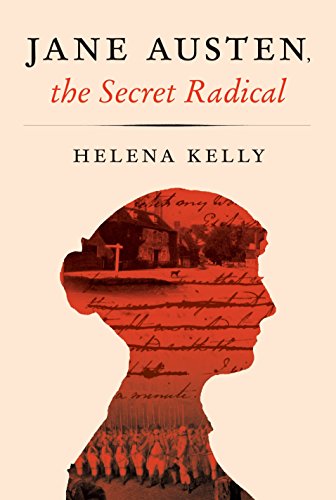 This is a brilliant, erudite and very readable book exposing how Jane Austen, while seemingly embroidering the small domestic canvas with which we are all familiar, was in fact deliberately using her novels—a rather despised form at the time—to comment critically on the larger issues of the day including slavery, feminism, contemporary currents of political totalitarianism, and the hypocrisy of the Church of England.

The first chapter starts rather unpromisingly by stating how little we know about one of the world’s most popular writers on whose bicentenary this year the Bank of England is “introducing a new £10 note with her face on it.”

The few “facts” we have are that she was born on December 16, 1775, spent most of her life in rural Hampshire with a brief interval in Bath and Southampton. She never married and was buried in Westminster Cathedral. Between 1811 and the end of 1815 she published four novels: Sense and Sensibility, Pride and Prejudice, Mansfield Park, and Emma, and another two novels, Northanger Abbey and Persuasion, published right at the end of the year she died in 1817.

In the absence of more concrete information, Helena Kelly is obliged to weave her intriguing web of evidence from elsewhere. The novels themselves of course provide significant clues in the names and the dates Austen deployed, as well as in the opinions expressed by characters who the author grades with different levels of approval and irony.

The author rarely gives any of her characters full marks but favors the unconventional Lizzy Bennet of Pride and Prejudice (“I dearly love a laugh”), though many readers and critics think that Anne Elliot of Persuasion could be a self-portrait. The characterization of The Reverend Mr. Collins famously skewers the Church, and Lady Catherine de Bourgh is hardly designed to justify the continuing ascendancy of the aristocracy.

Austen’s correspondence provides some additional clues as to her views and also as to how she and her mother and sisters were personally affected by such principles as primogeniture, the principle in English law that the eldest son inherits everything. Her brother Edward, adopted into the aristocracy, was perhaps the most strikingly neglectful, even selling the produce of his gardens and orchards before leaving on an extended break rather than giving them to his mother and sisters who were living in relatively reduced circumstances.

We also know which political and philosophical works Austen was reading at the time that colored her views and entered her novels. The treatment of primogeniture in Sense and Sensibility was influenced by her knowledge of Mary Wollstonecraft’s 1972 Vindication of the Rights of Women; Edmund Burke’s Reflections on the Revolution in France influenced many people’s favourite novel, Pride and Prejudice; and Mansfield Park—which many critics of the time considered too dangerously subversive and refused to review—examined slavery and the unprincipled role of the Church of England  particularly in its Caribbean holdings.

Kelly’s analysis moves seamlessly back and forth between the life and the novels. Wait a minute, is Mrs X a character in a novel or Jane’s actual neighbor? Her more entitled brothers must surely have had a twinge of recognition of their own characters and circumstances?

Perhaps this is why after her death they chose to downplay the significance of what she wrote though they seemed anxious also to avoid infamy by contamination with the not quite respectable novel form. Her brother, Henry, one of her first biographers after her death, did all he could to convince readers that his sister was not a proper author and had no ambitions in that direction.

Using this method of detection Helena Kelly deconstructs each of the major and minor novels with respect to the political and philosophical issues addressed. As with any well-crafted arguments, the only response is to say “Of course!” and to wonder why these arguments have not been articulated before.