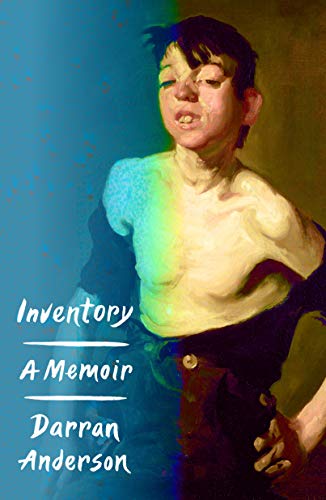 In boyhood, enthralled by an old radio recovered from a dump, Darran Anderson accessed “the world of adults . . .  slowly trying, slowly learning, to translate.” Like signs which always have “meanings, resonances, contexts,” lives are translated. Thus, Anderson, born in Derry during the Troubles, writes the “contradictory, complex, nuanced” lives that made his own, not one of them fitting “where ideologues place them.” He tells his own story and Derry’s as he translates its fascinating people.

Death enters Anderson’s life early, like “a shadow world,” when a young friend is killed playing in the street. His memoir ends walking the Foyle River after a cousin’s son, Andrew, goes missing. Suicide was and is “by far the biggest killer of male Derry youths. . . . a voiceless epidemic.” It takes Needles, Anderson’s paternal grandmother. He writes, “We search in complex fates for single notes that will chime with us. Suicide, however, is a plural thing, even in the death of a single person.”

Anderson likens Derry to “the púca, shapeshifters inhabiting the grey area between good and evil. The land we inhabited was the same . . . beautiful, enticing but it could turn at any moment.” There was a time when “talking about what happened in the Troubles could get you killed. . . . Now people do not talk for fear of rocking the boat.” He doesn’t spare us the horror: “A schoolboy is beaten to death and dumped in a sinkhole. A terribly injured musician, his bandmates shot to death or blown apart around him, crawls across a field and notices a crescent moon in the sky. . . . A thirteen-year-old boy, throwing stones at the army, is shot through the face. Then a fifty-year-old mother of nine children . . . A young secretary survives a bomb at her work and dies from another in a pub. A seven-year-old girl tries to lift her eighteen-month-old sister, killed by an IRA sniper’s bullet. A fourteen-year-old schoolgirl, collecting rubber bullets as souvenirs, is shot by a soldier in Abby Street.”

But Anderson draws us into people’s lives in a way that undercuts the exceptionalism of such pain, either in his own life, which he almost ends, or Derry’s, after 40 years. His parents were hippies who took him to “ban the bomb” marches. Anderson didn’t understand their pacifism. Later he learned that his dad, age 14 on Bloody Sunday, had spent time in the Maze, the infamous prison where IRA members were held and often died on hunger strike.

Anderson understands later that his father’s gift to him was to break the cycle. We meet Anderson’s paternal and maternal grandparents. Anderson’s maternal grandfather, Anthony, for instance, was from “generations of hardworking Donegal peasants.” Tipped off, the BBC interviewed him on his “days smuggling on the Foyle during the Second World War, from the Free State to the North.” They couldn’t use any of it because Anthony’s stories had no end. You were not “hooked by what he said as much as pummeled by it.”

He whacked his nine kids and was so cheap he shut the engine off going downhill. In old age, confined to a few rooms, Anderson listens to Anthony’s “long and tangential stories.” His “elemental force was gone and in its place was a forgery of what he had once unconsciously been.” He’d taken to his bed: “my grandfather could walk but simply gave up on it one day . . . maybe there wasn’t a single answer, more of a dialogue that he decided to spectate at, even though it was his own life.”

When Anderson was learning writing at school, he noticed “I could write the characters of others in my head . . . but I struggled with seeing myself.” Later, “living the life of the poet in the garret, a century after it was fashionable,” he finds himself writing the commentaries going on in his head. It wasn’t productive. Sometime after leaving Derry, a time not recounted in the book, Anderson must have discovered again his childhood skill: ability to write the stories of others.

It is how he writes his own story in this memoir.

When Anderson meets young Andrew, before he disappears into the Foyle, he doesn’t offer words, which he considers inadequate. He offers silence. It is just such honesty and respect that enables Anderson to see himself and Derry through characters he writes, with insight, patience, and care.