Inside Private Prisons: An American Dilemma in the Age of Mass Incarceration 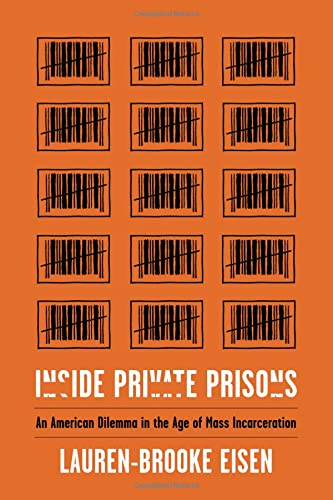 “In the end, something just doesn't smell right about this industry.”

Few issues in the criminal justice reform conversation are as divisive as the involvement of private industry in the American carceral complex. Those who believe the free market to be the solution to many of the world's woes champion the idea. This group has a powerful leader in President Donald Trump, who once said, "I do think we can do a lot of privatizations and private prisons. It seems to work a lot better."

On the other side of the issue are those who question the unseemly combination of human bondage and corporate profit. To this group, the use of private industry to effect government-mandated punishment represents an unholy alliance of the highest order. Democratic presidential hopeful Bernie Sanders summed up the position thus: "It is wrong to profit from the imprisonment of human beings and the suffering of their families and friends. It's time to end this morally repugnant process, and along with it, the era of mass incarceration."

It is not difficult to fathom why opinions on this issue are strong, and positions are deeply entrenched. Consider the comments of James R. Roberts, vice president of private carceral "bed brokerage" Dominion Management, as he tried to distance his company from the cold and calculating nature of its business.

"I would never apply the word commodity to human beings," said Roberts. "I would say that they are becoming some kind of economic unit that represents a cost and, to the receiving facility or region, represents an economic benefit."

Roberts' words try hard to make the bartering of human bodies sound like something it is not, but within the bed brokerage industry, such niceties are dispensed with. Inmate Placement Services, whose corporate motto was "a bed for every inmate and an inmate for every bed," once produced a newsletter for wardens, sheriffs and private prison operators. The Philadelphia Inquirer reported on a classified ad in the newsletter that removes all doubt as to the reality of the bed brokerage business model.

"120 beds," read the ad. "Male and Female. Minimum security. Four-person rooms. No history of violent or sex offenses. (Exceptions on a case-by-case basis.) Constructed in 1988. Renovated in 1995. Per Diem negotiable."

Regardless of anyone's position on the involvement of private industry in incarceration, however, author and criminologist John Pfaff points out the reality of the situation in his book, Locked In: The True Causes of Mass Incarceration and How to Achieve Real Reform.

But states do make prisons and fill them with people. And over the last half-century, private industry has increased its presence in the carceral world significantly, up to and including building and owning prisons all over the country. So it is fair to ask a deceptively complicated question: What does it mean for a for-profit company to manage jails and prisons?

This question is explored in a refreshing and authoritative manner in Lauren-Brooke Eisen's excellent new book, Inside Private Prisons: An American Dilemma in the Age of Mass Incarceration. Eisen, senior counsel in the Brennan Center's Justice Program and former Yale professor, spends 11 chapters and over 200 meticulously researched pages covering everything from the historical development of the prison industrial complex and its impact on local economies, to the political, economic and moral implications of involving private, profit-driven industry in the "business" of human warehousing.

Arriving at an answer to Eisen's central question requires a lot of unpacking. One logistical issue for consideration is: Do private prisons save money? Unsurprisingly, studies funded by private prison operators conclude that they do save money. Other studies have concluded that they do not. Eisen concludes that there is not sufficient data to say one way or the other.

Eisen also determines that private prisons haven't been clearly shown to be more dangerous than public prisons. Entities from the Bureau of Justice Assistance to the Marshall Project have come to the opposite conclusion, however. This disparity extends to Eisen's position that it is unclear whether conditions in private prisons are worse than in public facilities. There is relatively little data available on the subject, but some reports indicate that conditions in private prisons are indeed worse owing to the profit motive of these companies.

But the most important aspect of Eisen's question is the moral one. What does it say about us, our values and morality, that we allow for-profit corporations to warehouse and manage incarcerated human beings? Eisen devotes a considerable amount of space to this question.

To start with, there is no avoiding the fact that the profit-motive creates perverse, immoral incentives. Private prison operators profit when the government incarcerates someone. Because contracts generally pay a fixed amount per prisoner, there is an incentive to cut costs and keep beds full. As such, the use of private industry to incarcerate creates a classic moral hazard.

Because private companies have an incentive to keep their beds full, they spend plenty of money lobbying legislative bodies to pass "tough on crime" laws and to oppose criminal justice reform efforts. Private prison companies also engage in a practice that stinks to high heaven, referred to by Eisen as the "government-to-industry revolving door." This practice involves the recruitment of high-ranking government correction officials into the private prison fold. These incestuous relationships ensure that private prison companies remain closely connected to the governments they serve.

In the end, something just doesn't smell right about this industry. But Eisen makes the point that, despite any foul odor, private prisons serve the government in ways that it cannot serve itself. Private prisons, Eisen argues, provide population overflow relief and the flexibility to open or close institutions as needed. They exist and continue to be necessary for these reasons. But private prisons are not responsible for the policies that have resulted in overflowing prisons, nor are they responsible for inherent governmental inefficiencies.

Private prisons may be useful to the government for these limited purposes. But their existence contributes to mass incarceration. The continued use of private industry to treat the symptoms of mass incarceration (overflowing populations, need for more prisons) leads to a failure to address the underlying disease. As many scholars now recognize, the only way to truly end the era of mass incarceration is to stop building prisons, and start closing them.

In the meantime, private prisons are here. Eisen offers ways in which some of the problems with the industry can be mitigated. The contract between the government and the operator is the place to start. Eisen sensibly suggests drafting these contracts such that they incentivize socially and morally acceptable results. In the prison context, that means one thing: lower recidivism rates.

Social impact bonds are an example of what Eisen proposes. Instead of offering incentives to fill beds, contracts should pay more when private operators achieve lower recidivism rates. "If recidivism rates are more important than the temperature of food and the kind of boots guards wear," writes Eisen, "shouldn't contracts focus on the policy goals and perhaps even eliminate the compliance requirements that don't consider the big picture?"

Eisen's proposals are sensible and intelligent. There is a conundrum here, though. Will private prison operators enter into contracts that reward performance with more money, but slowly shrink, and eventually eliminate their business?

Regardless of what side of this issue you find yourself on, there is simply no other book available that addresses the private prison industry like this one. Eisen's authoritative work is an important addition to the national discourse on private prisons.