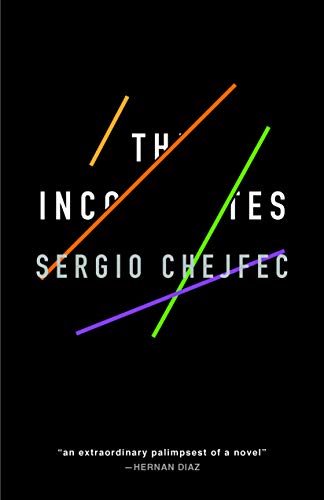 Not every novel has to feel like a novel. Global literature is, arguably, all the better for works that broke every rule and succeeded.

Novels that were, essentially, memoirs: We the Animals by Justin Torres.

Novels taking placing entirely inside the mind of a character: Intimacy by Hanif Kureishi.

And then there’s the kind of novel that has been trending for so long amid the genre-bending circles of fiction, that entire books could be filled with titles of examples alone: the plotless novel.

Plotless isn’t always a bad thing, as proven by The Life and Opinions of Tristam Shandy. Gentleman by Lawrence Stern, The Hour of the Star by Clarice Lispector, and Valeria Luiselli’s The Story of my Teeth, to name a few. In the plotless novel,  nothing grand happens, and yet it does. There is a forward movement that allows the reader to enjoy the scenery, the characters, the prose, or whatever else the author chooses to emphasize in telling his, her, or their, story, innocent of the fact that the train isn’t taking them anywhere much different than the place where they are now. That the arc will be subtle, but the ride will be magnificent, the work connecting with them in unique ways, subtly personal to them.

This is not the case with The Incompletes by Sergio Chejfec, despite a promising start:

“Now I am going to tell the story of something that happened one night, years ago, and the events of the morning and afternoon that followed. Ending a day the same as any other—nightfall, exhaustion, silence, solitude—during those final domestic acts one performs with resignation and mounting fear, wondering if that night will be the last, if the world will vanish while we sleep, or if our soul will wake to find itself forever separated from its body—from that night’s protracted beginning until the moment I nodded off, my thoughts turned insistently to a friend I hadn’t seen, I haven’t seen, in years.”

From there, the novel elects to digress, and then to digress from each digression, which wouldn’t be a problem if it didn’t also come up short on the two elements besides plot that could have prevented it from reading like a continuous (the novel has no chapters or demarcations beyond the paragraph and almost no dialogue) self-indulgent exercise in hearing oneself talk: character development and skilled and rhythmic prose. Instead, this last one is, here, overwritten past beauty to disengaging effect.

“A long time often goes by without Felix sending word from somewhere he has moved or is passing through. He typically uses cheap or free postcards, or sheets of hotel stationary. Before I read or receive them, and probably before Felix even writes them, these messages are already old-fashioned, archaic; they have the quality of obsolete correspondence. I’m not talking about our friendship, but rather the paper itself, that stiff material faded by the passage of time. On occasion it has occurred to me to think about how long a postcard would need to sit in one of those stands to look at that, or about those envelopes embellished with the kind of flourishes you see on school diplomas, all distinctly sepia.”

As for characters, there are three in this novel, and Felix is one of them. But because he is only ever really present through the narrator’s sifting of his own minutiae—which he admits may or may not be a dream; each memory so detailed and yet so distant—you get the feeling even the narrator doesn’t know Felix very well, and so we, the readers, never really get to know him, either.

So what is the novel about? Maybe it is about what it’s like to live a soporiferous existence. There is a sense of fog, of things that might not be what they seem, a dream-like, Hopper-like state that could be interesting if developed with some context. Instead, we have Masha, a Dominican woman with a Cuban daughter who helms a hotel Felix once passed through. We have Felix, an Argentinian living in Moscow who travels a lot and writes to his friend. The friend remembers him and what he wrote and his own thoughts about what he wrote, sometimes about Masha . . . and we get a sense of a message hidden in the subtext . . . maybe about trying to breach emotional distance, coming close, almost there, and then, the intimacy disappears, on the scene and on the page, until all we know is that The Incompletes may have 99 problems, but we should only be so lucky to have its lack of a well-constructed plot be the worst of them.