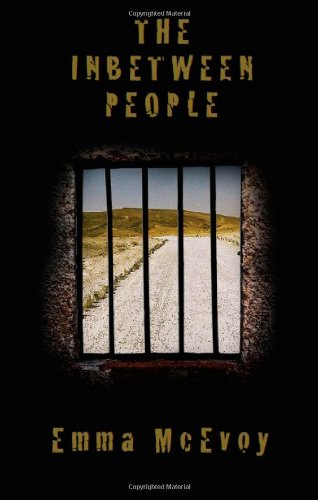 Through the stories of a handful of characters, Emma McEvoy creates a sense of the passions, real and perceived injustices, and trepidation about each other that exist in Israel between its Arab and Jewish occupants.

These intriguing characters include an old Palestinian woman who nurses a lifetime of resentment at being forced to flee her home finds it now lived in by an Israeli family and an English-born pioneer settler who has dedicated his life to a Kibbutz in Galilee and has an idealized view of the Jewish Promised Land.

But other characters fall outside the roles of race and regional politics: A young Jewish man refuses to serve with the Israeli army because he will be sent to the Palestinian territories controlled by Israel; an Israeli Arab does join the Israeli army, despite, or perhaps because of the resentment, causing his family—including his grandmother, the old woman who was forced to flee her home—both grief and anger.

The main narrator is Avi Goldberg—the young Jew who refuses to join the army—from his prison cell in Negev desert. He tells both his own story and assumes a second-person perspective to recall his Palestinian friend Saleem, who did join the Israeli army, and Saleem’s wife, Sahar.

Another narrative strand comes from David, Avi’s English-born father, in a series of letters to his ex-wife who abandoned him and their son for a new life and a new family in northern Europe. Despite being the only one born outside of Israel, it is David who feels the greatest connection with the land. His view of Israel and the philosophy of the Kibbutz is in many ways idealized, and he resents the “western capitalism” he sees creeping into the country.

The stories of the various protagonists circle each other, intersect, diverge and come together again. The Inbetween People is a delicate novel in which the lives of its characters drive the narrative and the broader politics of the region stay in soft focus for most of the time before exploding, literally, into the story.

Yet The Inbetween People is not a perfect novel and seems somehow unfinished: storylines and characters could have perhaps been further developed.

Then again the fleetingness of the characters and their lives in this volatile part of the world is possibly author McEvoy’s comment on how individuality is often relegated to the background in lieu of fixed characterizations in the broader political spectrum of life in Israel and the Palestinian territories.

This passage appears toward the end of the novel when Avi has been released from prison and is traveling on a bus reflects that possibility in lovely, evocative prose:

“. . . I absorb the mauve desert landscape, the forlorn shrubs that sprout amongst the rocky crevices, alive only because of their stubborn refusal to submit to the persistent white light that beats down on them all day throughout a summer that must seem endless, their ability to put down deep roots that somehow prevent them from being washed away in torrents of cloudy water when the autumn rain arrives.”

The “forlorn shrubs” could represent the people who inhabit the often inhospitable landscape of the Middle East, their struggles to simply live their lives to avoid being washed away by the “torrents” of the region’s politics easily thwarted.

Poetic prose, innovative narrative technique, and a story constantly subverting expectations and challenging assumptions about the politics of those who live at the center of the Israeli/Palestinian conflict make The Inbetween People an unsettling read, though the sense that it could have been revised to make it a fuller experience remains.