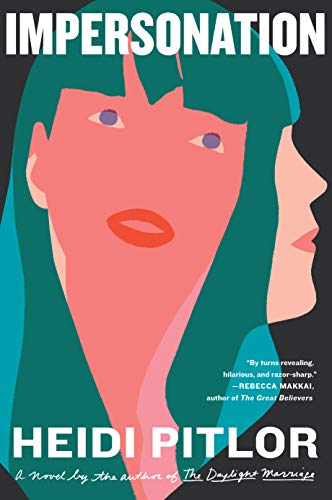 Can a novel be about a moment? About a group of people, unique and familiar at the same time, living through that moment that doesn’t yet have a name or any one specific date?

Can it be about the sad parts of women’s lives, especially poor ones, and can it be supportive and affirming while showcasing every bad decision of one of these women, the internal dialogue on the page sometimes reading like the alter ego of guilt many of us are so familiar with? The bad decisions, those we’d make again 100 times if we had to.

Can it be lonely and precarious, like a life, built on the day by day so that what is being built cannot be easily foreseen, and can it feature the love along with the isolation and fear of a single mother who is also a writer (a lonely profession here made even more so by the secrecy of ghostwriting) until there’s no space for anything else?

But if the space appears, unscheduled as it happens in reality, if the author could afford the time to find it, can that extra story time be about now? The politics of our president? The backlash against any woman who dares carve out a little bit of power for herself? Even the pop culture that might not exist for reference in five years, or at the speed life is going, even less than that, and, so, uniquely our own?  Of us, about us, people and particularly women living these crazy last four years?

The answer to all those questions is yes and the proof is Impersonation, Heidi Pitlor’s most recent novel, which breaks every rule doled out in Creative Writing programs around the country, and yet manages to more than make it work.

Impersonation is fun to read. It is heartbreaking and empowering. It is high-brow and down to earth, as if it can’t help wanting to teach you what it can, to give you something you can take with you after the last page is turned. The impersonator is Allison Lang, a ghostwriter in her 30s, single mom of Cass, lover of Kurt, he who is still finding himself after a bad breakup with, well, everything.

“I lounged in my bathtub that night, submerged beneath a weightless layer of Johnson's Bubble Bath. Everyone had left: my parents, Maggie, Bertie. Who knew when Kurt would come back, or if he even would? He was supposed to have returned before now. I poked my toes through the bubbles. Cass was asleep, and I became glad for this moment of quiet, the tranquilizing heat of the bathwater, and the chance to just wallow.

“I grew nostalgic for a time in my life when my decisions about men or work or travel were based on nothing but want. I had moved to San Francisco, worked for the magazine for little pay, hooked up with Daniel, had a one-night stand with Colin—all because I had wanted to. But Cass and my career as a ghostwriter were things I had wanted as well. What other work would I even do if I could choose anything at all? I had no idea.”

While writing a memoir of motherhood for the firebrand of the political moment, Lana Breban (she of the former spiky cut and fun blue hair), Allie is forced to perform acrobatics of mind, body, and subsistence to be a mother to Cass while putting thoughtful effort into raising him to be the kind of man her values dictate, to do her job well enough to continue to be hired, to pay the bills, and to remain loving to herself and others when things get unbearably hard, even to stay hopeful in the direction of a polarized country, everyone firmly on their side of the fence:

“I checked Lana’s Twitter page for mentions of the Women’s March. She had not posted anything yet, but I found plenty of other photos and videos, footage taken of the rivers of people filling the National Mall in Washington, Fifth Avenue in New York, but also smaller demonstrations in Alaska and South Carolina, and others in Budapest, Kolkata, Lima. It was unlike anything I've ever seen, so many hand-knit pink hats and clever signs, all those women, all those people, men and children and people of all kinds, the millions who wanted better things for women and had made their outrage into an explosive, breathtaking, harmonious global event. I filled with something that I can only describe as the opposite of loneliness. I could not look away from my computer screen: the handmade cardboard signs in Tbilisi, girls and their mothers bundled against a storm in Fairbanks, the Eiffel tower obscured by thousands of kindred spirits. I set my hand on my pulsing heart. ‘Cass,’ I said. ‘Come here. I want you to see this.’”

In trying to hang on to the job that pays the bills, Allie is forced to give Lana’s book more than she bargained for and that is how the crossroads of being a woman and a mom and a worker find her to demand she examine her choices and wants, but also the expectations she and others place on every moment of every day of a woman’s life, poor or powerful, white or of color.

“‘Who’s that?’ Cass asked the next morning.

‘What does she make you do?’

‘She doesn’t really make me, I mean, she’s not exactly my boss.’ We looked at her together. Who would he even tell? ‘I pretend to be her. I’m writing her book for her. I write as if I were her.’

‘Why doesn’t she just write her own book?’

‘She’s too busy. She wasn’t really trained in writing this kind of thing.’

‘You pretend to be her?’

‘Yes. Only on the page, though. Not in person.’

‘Her name goes on the front?’

‘And yours does too,’ he asked.

‘It’s confusing, I know.’ I sank a little. How would Lana have answered these questions if she were me? And how would she keep the answers from diminishing her in his eyes?”

As a result of this introspection, and of the book within a book device of the novel, Impersonation manages to catalogue every important gaslighting moment of the Trump presidency without being overly political or distracting from the main story, an incredible feat that makes Allie’s story a timeless one, but also one brave enough to break some rules, to show a flawed character gaining awareness of those things she could do better for herself and her son, while also serving as worthy record of this moment in all our lives as women.