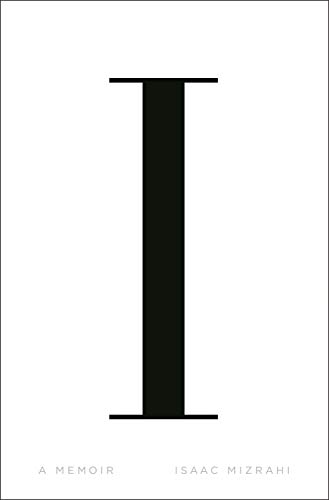 “I was born homosexual. Very early in my childhood, I remember lying in bed awake, anxious, calming myself by imagining that I was in the arms of a man—an adult man.”

Born in 1961 in Brooklyn, Isaac Mizrahi was the youngest child and only boy with two older sisters in his family. It was a religious, Syrian Jewish community, where daughters were groomed to marry early, and sons had to deal with the Jewish equivalent of machismo.

Isaac Mizrahi knew from an early age that he was different. When shopping with his mother at the Avenue U Variety Store, at six, he wanted a Barbie doll to dress up, while a G.I. Joe was an encouraged replacement at the time. His mother acquiesced to his temper tantrum.

Mizrahi’s first crush was a male camp counselor when he was nine. “I was born homosexual. Very early in my childhood, I remember lying in bed awake, anxious, calming myself by imagining that I was in the arms of a man—an adult man.”

The tremendous love between mother and son is apparent throughout the book. They relished shared breakfasts and conversations in the early morning hours, long before the family awoke. Isaac has been a lifelong insomniac.

And when his mom and sisters shopped at Loehmann’s, he was always a willing companion.

Barbra Streisand’s 1968 Funny Girl opened his eyes to fashion and color as it did many who became enamored with Streisand and that film. At 10, Mizrahi also fell in love with his mother’s fashion magazines.

He relished art projects and created costumes and scenery, first by hand-sewing for elaborately staged puppet shows he would throw for neighborhood children, his version of Radio City Music Hall’s Rockettes. Mizrahi at first would hand-stitch the puppet costumes and then saved his babysitting money to purchase his first modern Singer sewing machine at 13.

He never felt comfortable while at the Yeshivah (orthodox Jewish) religious school for nine years. Attending the Fiorello LaGuardia High School for the Performing Arts in New York City to study drama was his first breakaway from that tightly knit Brooklyn community.

When Mizrahi was called upon to dress a young Diane Lane in 1976, he switched his goal from the performing arts to costume design.

Parsons School of Design, from which Mizrahi graduated in 1982, was a logical choice for college. He began to work with Perry Ellis, first as a summer intern in his junior year. This was his first exposure to a multitude of celebrities such as Glenn Close, Lauren Hutton, Tommy Tune, and Mariel Hemingway.

Isaac’s father passed away in 1983. While he loved his father, he had a difficult relationship with him. His dad’s last words were, “Be a good boy.”

After Perry Ellis, he worked for other designers including Calvin Klein.

Mizrahi, throughout his life, obsessed about his weight. The famous fashion photographer, Richard Avedon, once told him, “You know, there are some men who just look better fat . . . You look better fat.” That did not seem to allay his insecurities.

A multitude of celebrities became both friends and acquaintances. Audrey Hepburn was a special experience for him, and Mizrahi was close friends with Liza Minnelli for many years. Minnelli once purchased his entire line from Bergdorf’s.

In 1989, he entered into a deal with the owners of Chanel and thereby created the House of Mizrahi in SoHo. After many years with Chanel, they parted ways and Mizrahi went on to star in Unzipped in 1995, a highly successful autobiographical film, and in a show on the Oxygen Network in 2000.

Mizrahi enjoyed entertaining, singing, and performing at cabaret shows in various venues throughout New York City. He was always an accomplished singer and musician.

Life in the fast lane, especially during the ’90s, often left him too little time to do the designing work, he, as a workaholic, loved. “The life I led in those years can only be described as fabulous. Quickly though, the fabulousness felt like a distraction from the point, which, for me, is art.”

Throughout much of his life, there were many one-night stands when Mizrahi really wanted a steady boyfriend—if not a husband. That wish came true when he met Arnold Germer. In the early 2000s it was on-again, off-again, but they finally got married in 2011 and share the love of their two dogs.

This genius artist and designer has dressed every possible celebrity, including Aretha Franklin, Janet Jackson, Mick Jagger, and Michelle Obama.

For the reader, less “fluff” and the addition of photos or even fashion sketches might have made I.M. the perfect memoir about brilliance and creativity. If you enjoy glitterati and costumes, do not expect any photos here. But you will taste the true grit of the glamorous life in New York City from the 1960s through the present time.

I.M. by Isaac Mizrahi is a long, but admirable read for fashionistas and lovers of memoirs alike.