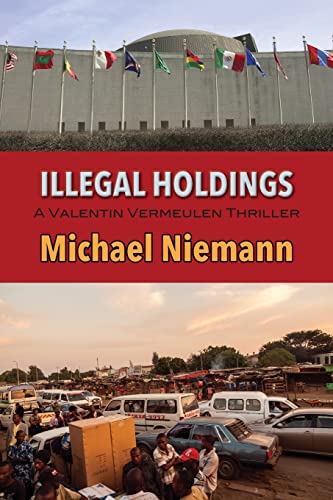 United Nations fraud investigator Valentin Vermeulen is assigned to Mozambique to look into the disappearance of $5 million in UN funding from the accounts of Global Alternatives, a flashy new non-governmental organization sponsored by hedge fund mogul Vincent Portallis to deliver aid to the region.

The money was allegedly forwarded by Global Alternatives to subcontractor Nossa Terra, a small local nonprofit working to assist small-scale farmers settle land claims in Mozambique. Vermeulen learns that Nossa Terra has never worked with this kind of funding before, and he soon discovers that bank records prove the money never reached them.

As he continues to probe, Global Alternatives pushes back, and Vermeulen finds himself recalled to New York when Portallis lodges a personal complaint against him with the UN secretary general. Will Global Alternatives be allowed to pursue their shadowy objectives in Mozambique unchecked by Vermeulen or local aid workers who suddenly find themselves discredited and out of the picture altogether?

Illegal Holdings is the third installment in the Valentin Vermeulen thriller series by Michael Niemann. Born and raised in a small German border town, Niemann studied political science in Bonn and International Studies at the University of Denver. His area of interest is Africa, and each of the novels in his series to date involves an African nation, including the Sudan and Mozambique.

Valentin Vermeulen is an interesting protagonist. As a fraud investigator for the UN Office of Internal Oversight Services, he could conceivably end up on assignment anywhere in the world, which gives Niemann plenty of scope for future novels in the series.

However, readers coming upon Vermeulen for the first time in Illegal Holdings end up feeling they’ve experienced a hologram copy rather than the authentic, flesh and blood character. Brief mention is made of his father’s farm near the North Sea in Belgium, where he lived until he was five, but there’s not much else in the novel to lend substance to him as a protagonist. While it’s always desirable to avoid repetition of back story within a series, a little more meat on the bone would have helped us better appreciate Vermeulen in this novel.

The storyline of Illegal Holdings begins well but eventually devolves into a series of pursuits, kidnappings, and escapes that seem intended to stretch out a somewhat thin plot and keep readers distracted by the constant action typical of thrillers. As well, Niemann frequently shifts the point of view to the villains at Global Alternatives, which spills the beans on their next attempt to sideline Vermeulen and kills much of the suspense.

Just the same, Michael Niemann’s work is easy to read, his settings are unusual, the subject matter is timely and important, and Valentin Vermeulen is a likeable main character. There’s enough here to send readers back to the beginning to get a full sense of where the series has been to date, and to encourage them to keep an eye open for the next installment.