If You Were Here: A Novel of Suspense 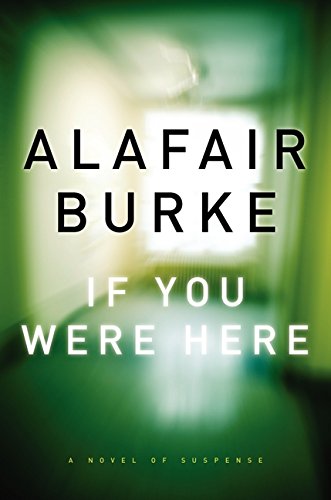 “If You Were Here is a tense, psychological thriller full of Hitchcockian intrigue, twists, and suspense.”

Nicky Cervantes is the star pitcher at Medgar Evers High School, with an impressive record of 88-mph fastball in his arsenal. He also has another record, one that he’d rather not boast about too much: 50 snatch-and-grabs from unsuspecting victims riding the subway of New York.

To try to justify his actions, he hopes one day when he makes it in the big time, he’ll donate a thousand phones out of his first paycheck.

It’s not too long before Nicky is weighing up his next victim on a train, hoping to make her his 51st snatch and grab:

“. . . as the train lurched to a halt, Nicky saw what he’d been looking for through the glass car doors. Eyes down, phone out.

Light brown hair, pulled into a ponytail at the nape of her neck. Long-sleeved white sweater, backpack straps looped over both shoulders. Despite the lurch, she typed with two hands, stabilizing herself against the bounce of the train with her own core strength.

He stepped one foot into the car, grabbed the phone, and pivoted a one-eighty, like he had fifty times before.”

Making good his escape, Nicky adds another victory to his ever-growing scorecard. Unfortunately, this time his victory is short lived, and he’s soon in for the shock of his life:

“Nicky snuck a glance behind him to see the woman kicking off her remaining ballet flat as she managed simultaneously to take two steps at a time in pursuit. She had looked sort of average middle-aged through those subway doors, but now she had the crazy look of determination on her face. In her eyes.”

As the woman gives chase, Nicky tries every trick in the book to escape, only to see himself stumbling and falling on the tracks of an incoming train. As his life flashes in front of him, he is suddenly pulled to safety by his victim. Inexplicably, the woman quickly disappears without a word, leaving a bewildered Nicky and crowd of stunned onlookers behind her.

Soon afterward, McKenna Jordan, a journalist for New York City magazine, is chasing after the story of the mysterious heroine when she gets a phone call from a young woman named Mallory. The girl claims to have a snippet on her phone purportedly of the amazing incident. McKenna believes if she can get the snippet—providing it actually exists—then she will have the edge on her competitors who are all scrambling to identify the mysterious woman.

When McKenna eventually gets her hands on the grainy video snippet, she gets more than she bargained for. The woman in the snippet is the spitting-image of Susan Hauptmann, McKenna’s good friend who disappeared 10 years earlier, around the same time that McKenna, then working in the DA’s office, got caught up in a case that ruined a cop’s career—as well as her own.

The NYPD concluded that the nomadic Susan—forced by her father into an early military life, floundering as an adult for a fixed identity—simply started over again somewhere else.

But McKenna has always believed that the truth went deeper than the police investigation ever reached and sees Susan’s resurfacing as a sign that she wants to be found.

But when she shares the image with Patrick, her husband, he’s not entirely convinced; in fact he’s worried that McKenna is imagining things and heading down the route of paranoia andover thinking that led to her fall all those years ago. Patrick went to West Point and was a classmate of Susan’s (the couple actually met through Susan), so he’s known her even longer than McKenna has.

What might have been a shortlived metro story, eventually sends McKenna on a dangerous journey for her missing friend, unearthing long-buried truths much closer to home. She’s about to discover that sometimes it’s best to leave the past buried. . . .

Alafair Burke is a terrific and natural storyteller, as fans of her NYPD Detective Ellie Hatcher series will attest to. If You Were Here is a tense, psychological thriller full of Hitchcockian intrigue, twists, and suspense. It’s also Ms. Burke’s most telling book to date. Thoroughly entertaining from beginning to end.