I Will Never Leave You 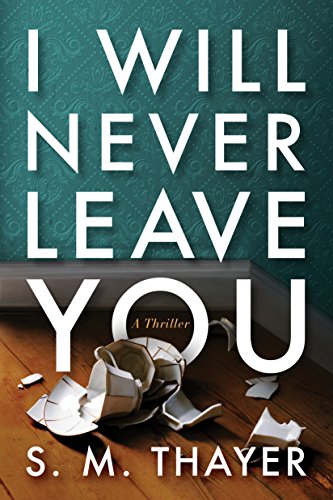 How far will someone go to save a marriage?

How far will someone go to have a baby?

This is the story of Jim, Trish and Laurel. Readers might not like any of these characters, but the quality of the prose—intelligent, engaging, and engrossing—is what will keep them turning pages to the very end.

Jim, well mannered, debonair, expensively and exquisitely dressed is a financial advisor, but with hardly a penny of his own because he is an extravagant and irresponsible spendthrift. Fortunately, he'd married to and supported by Trish who is fabulously wealthy as a result of an inheritance from her scandal-ridden father. Due to what doctors call unexplained infertility, they have been unable to conceive a child which they both desperately want after 12 years of marriage. Jim decides to solve that problem by impregnating his mistress, Laurel. Laurel is maybe beautiful or maybe not, but in Trish's opinion Laurel is decidedly from the other side of the tracks.

The book opens with all three of them in the maternity ward minutes after the baby—Anne Elise or Zerena depending on who you ask—is born.

Laurel is in a deep post-delivery sleep because of a lengthy labor and complications during the birth. It is Trish who is holding and bonding with the baby. The lactation consultant naturally assumes Trish is the baby's grandmother, so gives her one of the maternity ward I.D. bracelets that electronically links a newborn to its parents, an abduction prevention system.

You can already see where this is going, right? And you'd be correct, but there is so much more to the story.

Despite Jim's heartfelt joy and relief at becoming a father, he doesn't bring flowers to the mother or even take pictures to commemorate his child's birth. In fact, despite promising to spend baby's first night with them in the hospital room, he leaves almost immediately and does not reappear until the next day.

Here is how he celebrates: "Ten hours have passed since I left Trish and Laurel at the hospital. For much of that time, I'd been ensconced on a barstool tipping back tumblers of Scotch with a farm belt commodities insider who, upon hearing I'd just become a father, gifted me with the investment tip of a lifetime. Fatherhood and a lucrative investment tip have fallen into my lap on the same day, but my life's a train wreck. . . . I'm not a genius, but I'm smart enough to know that one way or another, I'm going to pay for what I've done."

After this night out, he goes home and sleeps with his wife. Jim freely admits that without Trish, he'd be a flat-out loser sleeping on the sidewalk.

The author shows all three characters’ points of view in alternating chapters that he has cleverly entangled and interlinked. What appears to be very poor decision making is explained by each characters deeply ingrained motivation. Why doesn't Trish throw Jim out? Why can't Jim tear himself away from Trish? Why is Laurel putting up with Trish's interference in her life? Readers might find their sympathies veering from one character to the other.

The era during which the story takes place is a bit ambiguous. Parts of it have the tone and tenor of an old 1970s gothic novel. Another reviewer mentioned a Great Gatsby vibe. The book is ripe with contemporary references—Lyndon Johnson, Huggies, Diaper Genie, Craftsman Socket Wrench, Mark Zuckerberg, etc. Yet Trish's luxurious mansion does not have an automatic dishwasher.

Jim reminisces about special times with her: "Washing dishes used to be one of my favorite parts of the evening, both of us standing shoulder to shoulder amid Palmolive and running tap water, one of us running a soapy sponge over the dishes while the other dries them off with a dish towel."

The story is so beautifully written most readers will ignore the coincidental nature of a meeting in a bar that represents a crucial turning point in the story. Even some of the sequel portions of the narrative between scenes that seem a bit slow are deliciously written, and every word moves the story forward.

S. M. Thayer is the pseudonym of awarding winning fiction writer Nick Kocz. He says, "I make no bones about it—my novel definitely falls into the crazycakes variety." This is his first psychological thriller.