I Used to Live Here Once: The Haunted Life of Jean Rhys 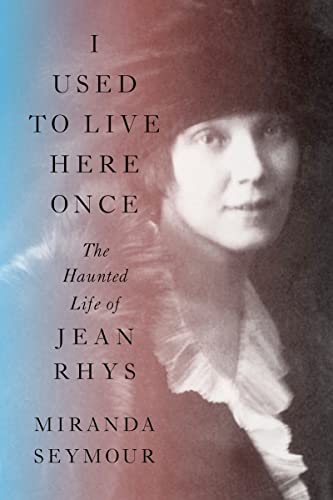 Miranda Seymour has produced a detailed and exhaustive account of the life of novelist Jean Rhys on the basis of her short stories, novels, and an unfinished autobiography, Smile Please, which ends in 1924, though Rhys lived on into her 80s dying in 1979. Seymour had access to new research and papers as well as herself visiting Dominica Rhys’ birthplace and at least one of her later locations in the UK, Cheriton Fitzpaine in north Devon, where Rhys spent the last 19 years of her life in a cottage purchased for her in 1960 by her brother Edward.

It is striking, nevertheless, how many of Seymour’s observations are noted as speculative. As she herself says Rhys was a novelist, not a journalist, and she withheld as much of herself from her novels as she revealed.

Rhys was born in 1890 in Dominica to a white Creole mother and Welsh-Irish father. The term “creole” denotes a white minority born on the island and very conscious of their elite caste status. From her earliest years Rhys was discouraged from “inter-racial” friendships, and from relationships with “darker-skinned cousins” who bore witness to “island marriages” on her mother’s side. Rhys’ mother was mocked in the Dominican newspapers for her “haughty ways,” and at the same time Rhys and other children like her were mocked by visiting English families for their rustic manners and sing-song accents.

At age of 17 Rhys left her adored father and abusive mother for a place at the famous Perse High School for Girls in Cambridge, where true to form her Caribbean accent was mocked, and parallels were drawn between her and the mad Mrs Rochester of Charlotte Brontë’s novel Jane Eyre, who was also famously creole. This experience was later, much later, transformed into the “Jane Eyre prequel” . . . perhaps her most famous novel . . . The Wide Sargasso Sea, which eventually emerged after some three decades of gestation in 1966.

After escaping from the Perse School, Rhys pursued a career as an actress and chorus girl, which guaranteed her entrée into some aspects of London society. As far as it is possible to determine, Rhys’ literary life actually began in pre-War Chelsea; and she succeeded in having her first major literary patron in the person of Ford Madox Ford, editor of Paris’ respected literary magazine the transatlantic review in 1924.

Seymour details tirelessly the many vicissitudes of Rhys’ personal and literary life; the three husbands—all of whom supported and admired her work in their different ways; the literary successes and failures; the endless changes of address; the drunken abuse of neighbors leading to arrest and imprisonment; the indigence, and long dependence, on handouts from a variety of friends, family, and benefactors although Seymour notes curiously that Jean was embarrassed to be indebted. She must then have led a life of embarrassment. At the end she became rather grand and expected and accepted to be accommodated in luxury hotels, and to be taken on shopping sprees for expensive dresses.

Rhys attracted support from many giants of the literary world: Francis Wyndham, Sonia Orwell, Diana Athill. Athill declared her to be the only genius she had ever met. This book seems essentially targeted toward Rhys’ many fans; it may also spur other readers back to the novels to see for themselves, though there are many long passages of ennui, when the trivial unpleasantness of Rhys’ bad behavior and sense of entitlement make it hard to continue. Some graphic depiction of a timeline of what she wrote, when, and where would have helped newcomers sort through the messier details here, and made this very elegantly produced book rather less of a chore for the unconverted.