I Saw a Man: A Novel 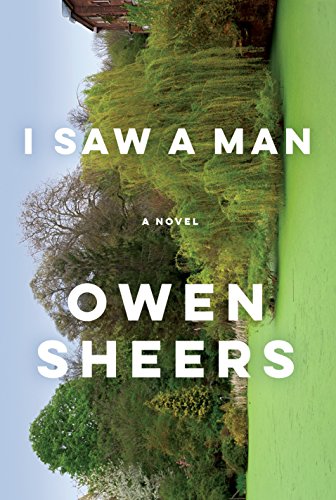 Grief. It is a freighted word—laden with the weight of sorrow and loss. Grief. It is a universal emotion yet so individually experienced and expressed. Owen Sheers captures the essence of grief and loss, with beauty and skill, in his novel I Saw a Man, which will keep you hooked until the very end.

After the sudden loss of his wife, Caroline, writer Michael Turner moves to London and quickly develops a close friendship with the Nelson family next door: Josh, Samantha, and their two young daughters. For a man in mourning, Turner needs a new family and a new start. His grief is palpable and so aptly described by Sheers along with how and why strangers become critical in a period of loss. “In the Nelsons’ lack of familiarity with Caroline he’d discovered a taste not just of what his life might be like in the years to come, but also what it had been like before her death, and even—and at this a sharp guilt would stab through him—of what it had been like before her.”

Beyond the story of loss, I Saw a Man is a thriller. Events lead Michael Turner into the home of the Nelson family one afternoon. Things take a dark turn in the story, and the house he enters becomes dangerous and deadly. At the same time that things in the Nelson home are unfolding, Michael receives letters from the man behind the killing of his wife, Caroline, a soldier by the name of Daniel, who also experiences grief and loss. The twin plots of the Nelson family and the man behind Caroline’s death keep you guessing all the way.

Any novel that tackles loss has a huge responsibility to the reader who likely has experienced some form of it. Losing a loved one leaves a gaping hole that Sheers instinctively understands and fills with words. When it is suggested to Michael by a bereavement counsellor that he resume fencing lessons to take his mind off Caroline, he thinks to himself: “The thought that his grief might be sweated out like a fever felt crude, and somehow disloyal.”

When the suggestion is made that Michael meet other women, he is conflicted. “Caroline’s death had numbed him, like an arm deadened in sleep. But now the blood was returning to his emotional capillaries, as if he was waking.”

To witness grief is one thing. To experience it is another. Sheers lets the characters of this novel do both. The military man, Daniel, has moved from on-the-ground combat to the use of drones and unmanned vehicles to strike at terrorist targets. Like many veterans, Daniel has had a ringside seat to death. “For Daniel, and although they never discussed it, he suspected for many of his colleagues too, the greatest pressure of flying UAVs was one of witness. They were paid to watch.”

Watching, witnessing, and writing. Those are the three dimensions that animate the plot of this novel and enliven the narrative. Owen Sheers understands all those roles of bearing witness, chronicling facts, and comforting others. As for his writing, it is superb. That may explain why Sheers is not only a successful author but a poet and playwright as well.

In the end, this is a book about telling stories, gaining knowledge, and finding the best way to cope with loss. As the main character discovers, part of helping others to grieve is simply being present. “Michael had listened, aware that this, as much as anything, could be a form of contribution.”