Before I Had the Words: On Being a Transgender Young Adult 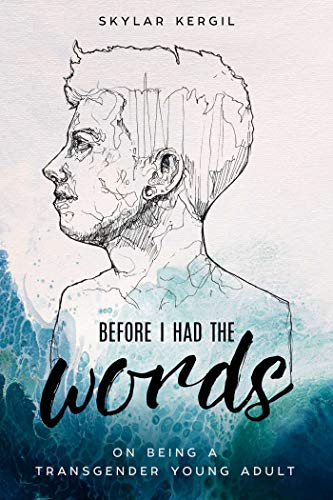 “This courageous memoir is a worthy addition to the growing trans canon.”

Before I Had the Words: On Being a Young Transgender Adult in fact chronicles the author’s process of self-realization and self-definition from early childhood to his present status as a transgender adult, who is also an activist, YouTube personality, singer- songwriter and artist.

The author Skylar—originally Katherine Elizabeth—is witty, sporty and relatable and has carried his parents, other adults and many childhood and school friends along with him on this “journey,” as well as developing new relationships across the sex/gender/sexuality spectrum, and acquiring a larger public  following through his chronicling of his transition through social media.

For any reader who still thinks sex, gender, and sexuality are binary and linked in predictable ways this will be an unchallenging awakening. Skylar takes us through the intricacies, social and bureaucratic, of changing name and pronoun use, the well-publicized and largely unresolved issue of public toilets, the technology of “binding” (to contain female breasts), “packing” (to simulate a male crotch), “top surgery” (mastectomy); and the hilarious process of selecting and purchasing ($75 + harness) a compatible prosthetic (“a realistic tone for a pasty white person, one with faint pink veins”), and its subsequent under use.

The early and numerous short chapters sometimes feel breathless, but on the whole it is an engaging read—except when the editorial foot seems to have been taken off the pedal and the chronology is jolted. This is particularly noticeable with the chapter on Skylar’s ill-treatment at the hands of a number of medical professionals (“A Primary Care Physician, an Ultrasound Technician, and a Surgical Assistant”); and his musings on whether to transition by stealth when already apparently enjoying a very large following of admirers.

This courageous memoir is a worthy addition to the growing trans canon.