I Found Myself in Palestine: Stories of Love and Renewal from around the Globe 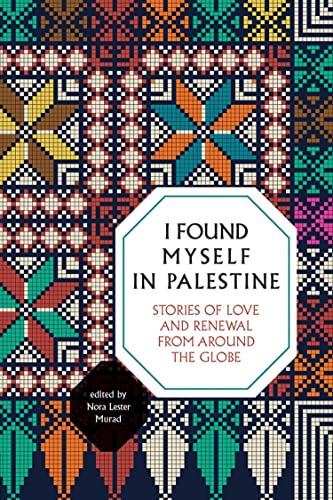 The unifying thread in this thoughtful collection is being foreign in Palestine: Ajnabi or ajnabiya in Arabic. From Sudan, Chile, Japan, the US, the UK, Greece, South Africa, the Netherlands, India, Germany, Israel, and Bolivia, stories are about discovery. Many are of contribution to a struggle, establishing a cancer clinic, for instance, but the explaining insight matters more than success, whatever its nature.

The book matters for international development. Palestinians are, according to Saul Jihad Takahashi  (Japan), “one of the most persecuted peoples on Earth.” Andrew Karney (UK) says ”Each time I visit I think things cannot get any worse, and yet they do.” Clichés say hardship makes people better, but it is not always true. Understanding it does. These writers understand. If not, they would not have “found themselves” in Palestine. In different ways, the stories are about shared humanness.

For international development, in theory, this is fundamental. But Mariam Barghouti (Palestinian), in the introduction, says “well-intentioned visitors” don’t always get it. She doesn’t explain, but we learn that it is hard. Each story adds a layer. Modest, moving, brave stories give direction often missed in theory.

It has to do, as the subtitle says, with love. Ajnabi is someone from outside. But several writers were ajnabi before Palestine. Donn Hutchison (US) has “always felt foreign.” “People like me,” he writes, are “really foreign no matter where we are.” The “like me” is desire to understand others, indeed, to love.

For Samira Safadi (Germany), being Palestinian means sumud—resistance. For Helene Furani (US), “closeness, safety, familiarity, connection, rootedness” give relief from “isolated American suburbia, with its plasticized conviviality, life of ease, and constant social flux.” Ann Saba (US), who has never identified as Christian, learns to pray. It Is not because she converts to a religion but instead because she understands hope more meaningfully, not belief in miracles, but energy deriving from solidarity.

It must be experienced. Thimna Bunte (Germany) realizes “support and solidarity” can be mere busyness “to avoid being helpless.” She faces her own contradictions in Palestine, her anger, and learns compassion instead. Without judgment, she tells of a group of “well-intentioned” US activists who sing “we shall overcome” to Palestinians and of a Palestinian who responds good naturedly with “Old MacDonald had a Farm.” The activists’ anthem, without the pain and sacrifice described in many of these stories, could not and did not resonate in Palestine.

Jonathan Cook (UK) describes pain and sacrifice as integral to understanding truth. Palestine’s truth is often distorted, or just erased. It’s because a “narrative of liberal, rational values,” which is a “gross distortion of reality.” Cook was a journalist for the UK paper, The Guardian, thinking his colleagues were the ”wisest, most compassionate people I could imagine.” But he noticed bits of news that did not fit. Living in Nazareth, away from Western journalists, he experienced a “chaotic mix of emotional confusion, depression, and excitement.”

What he lived in Nazareth exposed the failure of that narrative which was, he recognized, one he had lived. He accepts that failure and hence the excitement. He learned in Palestine that “love can only begin” when we understand we’ve been “fed with our mother’s milk” a lie about Western superiority.

Pam Bailey (US) says honestly that she is not exactly sure what is special about Palestine. She speculates that “maybe it’s the strong conflict-honed identity that defines all those who are Palestinian . . . I don’t know.” What she is clear about is that “it feels important to be there and to tell the stories.”

In all the stories, in different ways and from different contexts, gratitude is clear. There is an injustice to be healed, for sure, but as Pam Bailey discovers, it must be healed “for myself” not just for Palestinians. This thought, by itself, shows Palestine has rich lessons for international development theory.