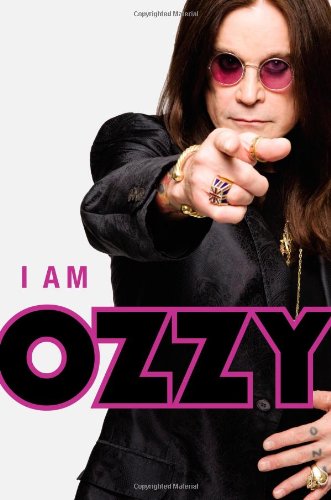 “What you read here is what dribbled out of the jelly I call my brain when I asked it for my life story. Nothing more, nothing less . . .” With the help of author Chris Ayres, Osbourne actually does a little more than “dribble from his brain.” This senior rocker’s book reads as though you were listening to Ozzy in person, speaking in his everyday language, profane with “pisses” and “fucking” and the British “me” everywhere. That style and delivery does occasionally distract from his story; sometimes it is more than you want to hear. Other times, you find yourself wondering how the guy is even still alive.

Having said that, this bio is probably what most picking up this book would expect: a braggadocious romp through the well-known wild side of a bad-boy heavy metal rocker. Readers will find not only the glamor of celebrity, but also the maddening pace of recording, touring, and creating. As well, they'll get a glimpse of the ugly parts of a life of booze, drugs, and addiction.

Readers will also get a sense of how John Michael Osbourne went from an ordinary-looking English boy in short pants to a wild-man celebrity with over a hundred million in record sales, a hit TV show, and a reputation for biting the heads off animals. Osbourne credits his beginning in the world of music to a single moment: “a light going on” in his head when he heard the record With the Beatles. “It just sucked me in. Lennon and McCartney’s harmonies were like magic.”

In the midst of recollections of his career, including his stint with Black Sabbath, Osbourne occasionally reveals a surprising vulnerability and a hint of reflection. Early in the book, Osbourne admits: “Never in a million years did I think I’d end up making a career out of singing. I didn’t think it was possible.”

Later, he talks frankly about his dyslexia and attention deficit issues and discloses, “I’ll get up and sing my heart out in front of two hundred thousand people at a rock festival, but when I’ve got to talk about the way I feel to people I’ve never met before, I can’t do it. There’s nothing to hide behind.” One thing Osbourne isn’t shy about, as he passes the sixty-year mark, is his relationship with wife, Sharon Osbourne, a stabilizing, driving force behind his personal and professional life. “It’s not enough to say that I love Sharon. I owe my life to Sharon.”

Even with the frankness and opening of a few curtains, I Am Ozzy won’t go on anyone’s list of great literature. But if you are looking for a light read that offers a glimpse into a celebrity life bared, warts and all, this book may not be a bad candidate.