How Not to Die Alone 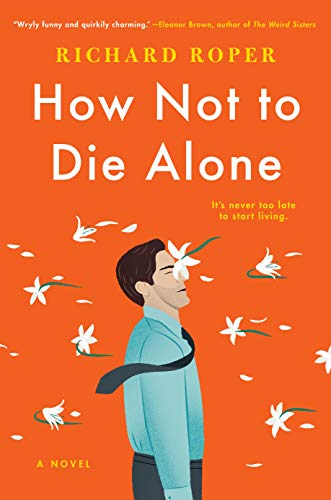 “Against all odds, this is a feel-good novel.”

Andrew, the lead character in this affecting debut novel by Richard Roper has a most unusual job. The book is set in England, and Andrew’s job is to search for relatives of people who seemingly die alone.

It’s left up to Andrew and the few zany characters in his council office to go into the apartments of the recently deceased to see if they can find any signs of relatives—perhaps a past Christmas card or an old refrigerator photo with a phone number of a long lost loved one. If nothing is found, the deceased is given a pauper’s funeral and dies alone.

It's a morbid job, and Andrew can’t but help see himself in the lives of those he’s investigating. Andrew, you see, has no one. He’s single and lives in a lonely apartment filled with model trains. His only friends are from an online chat group about collecting said trains. Andrew’s days are filled with death and his own quest not to die alone.

This makes the story sound depressing, but it’s actually quite the opposite. Against all odds, this is a feel-good novel.

First of all, there’s the odd comedic setup. When Andrew interviewed for his job, he had one of those moments where you blank on what the person talking to you is saying. In this case, he was being interviewed by his soon to be boss Cameron. Andrew didn’t know what Cameron had said to him so to stay positive, he simply replied “yes.”

Andrew soon learns that Cameron had asked him if he was married. His next question is about children. Andrew feels trapped so he continues to say “yes” and admits to two fictional children. And thus a lie is born that Andrew cannot get out of. Over the years, he continues to pretend, creating a spreadsheet of things his imaginary family likes and places they go. Over time, the ruse—troubling as it is—becomes second nature.

And Andrew figures, what’s the harm to anyone but Andrew himself? That’s true until a new coworker named Peggy enters the picture. Peggy and Andrew quickly bond and develop a liking for each other but Andrew can hardly tell her the truth, not when his boss and the rest of his coworkers are always asking after his fake family.

Peggy has a real family with an alcoholic husband and two girls, but she has real life problems and soon leaves her husband. You can see where this is going but the ride to get there is full of funny and powerful emotional moments, like the time Andrew sees Peggy and her girls rushing toward him as he holds a train door for them.

“To see Peggy rushing toward him like that, for him to be needed,” Roper writes of Andrew, “to be an active participant in someone else’s life, to think that maybe he was more than just a lump of carbon being slowly ushered toward an unvarnished coffin; the feeling was one of pure, almost painful happiness, like a desperate embrace squeezing air from his lungs, and it was then that the realization hit him: he might not know what the future held—pain and loneliness and fear might still yet grind him into dust—but simply feeling the possibility that things could change for him was a start, like feeling the first hint of warmth from kindling rubbed together, the first wisp of smoke.”

Great writing, great story premise and, in the end, that small bit of kindling becomes a full-fledged fire.