How To Be Gay 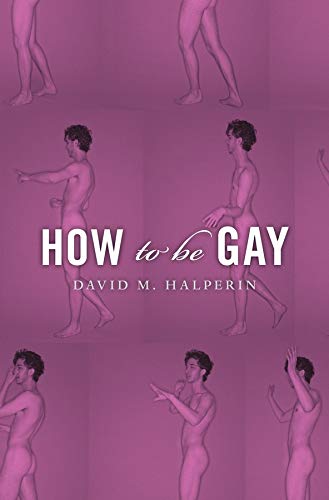 “Mr. Halperin’s answer: . . . the lessening of overt discrimination and exclusion has come at a price. Gays have become too like heterosexuals: conventional and boring.”

David M. Halperin’s How to Be Gay is an argument about what happens to the culture of an oppressed minority once it gains some political power, social acceptance, and cultural cachet. With mainstream acceptance, or at least some degree of it, do radical minority cultures lose what made them distinctive, and is that loss something to be lamented?

When it comes to gay people in America, Mr. Halperin’s answer is a resounding “yes.” For him, the lessening of overt discrimination and exclusion has come at a price. Gays have become too like heterosexuals: conventional and boring.

This pronouncement is pretty typical of How to Be Gay—not without a certain validity—but certainly overstated, simplistic, and condescending. On virtually every page of this overlong (and sometimes overwrought) book, there’s something insightful or challenging, but also much that’s dubious, even wrong-headed.

David M. Halperin is the W. H. Auden Distinguished University Professor of the History and Theory of Sexuality at the University of Michigan in Ann Arbor. His book has some of the strengths of academic cultural studies—a radically critical perspective on culture and close, often incisive reading of cultural artifacts to tease out their social and political import—and its limitations as well, methodological (a dogmatic aversion to empiricism) and stylistic (the turgid jargon of postmodernism).

The book was inspired by the brouhaha that erupted in 2000 when Halperin taught a course titled, “How to be Gay: Male Homosexuality and Initiation.” Homophobic conservatives denounced the purported use of taxpayer money by a state school to indoctrinate and recruit innocent hetero undergrads. But some gay men also objected to the course, arguing that a syllabus full of Bette Davis and Joan Crawford movies promoted outdated stereotypes.

So Mr. Halperin decided to write a book that takes the controversy as the starting point for an investigation into what constitutes, or should constitute, “gay culture.”

How to Be Gay maintains that gay men are indeed different from straight men, but not because of unproven theories about genetics or more ethereal notions of a unique “gay soul” promulgated by some homo-essentialist thinkers.

Mr. Halperin insists that male homosexuality is a cultural practice that is not reducible to same-sex desire. His is an argument about the politics of culture and of style, specifically, how gay culture and style, formed in the crucible of heterosexual, and “heteronormative” society, offer a powerful and valuable critique of the straight mainstream.

Mr. Halperin sets out to “examine the figural and formal dimensions of some of the mainstream cultural objects that gay male culture appropriates and endows with queer value.” He does not rely upon “a large quantity of empirical data but a thorough, detailed understanding of how some typical and particularly expressive gay male cultural practices actually work.”

What this means in practice is a detailed, obsessive, and ultimately tedious focus on two cultural artifacts that for Halperin are representative of how gay sensibility works through a distinctive appreciation of straight cultural forms: Mildred Pierce, the 1945 Joan Crawford film, and Mommie Dearest, the 1981 melodrama notorious for Faye Dunaway’s over the top, drag-queeny impersonation of La Crawford.

Yes, Mr. Halperin, many gay men of a certain age love Mildred Pierce. And many, this reviewer included, were both appalled and enthralled by Mommie Dearest and its indelible dialogue: “No wire hangers ever!” “Christina, bring me the axe!” But to construct an argument in which these two films are the ne plus ultra of gay sensibility? Oh Mary, oh please!

Yes, there is such a thing as “gay male subjectivity.” But it is complex and multifaceted; it varies by ethnic and racial affiliation, class position, age, educational level and a host of other particularities.

Mr. Halperin acknowledges that the gay culture he is talking about is “a culture of white, middle class men.” He cursorily nods to “specific minority subforms or species of gay male culture,” but for him, white bourgeois gay culture is gay culture; he is as prescriptive and normative about it as the dominant heterosexual culture he criticizes.

For Mr. Halperin, gay culture and identity is about camp, about “gay femininity,” and an oblique angle on straight culture. “The ideology of the post-Stonewall period,” he says, “positively encouraged the rejection of previous, abject, supposedly self-hating forms of lesbian and gay male behavior. It insistently championed new, enlightened egalitarian symmetrical practices of both sex and gender, elevating them to the status of trademarks of lesbian and gay liberation, and transforming them into privileged elements in new lesbian and gay male self-understandings.”

But “those older styles went underground, but they did not disappear altogether. Rather, they co-existed with the new- emerging embodiments of lesbian and gay male identity and alternated with them, often within the same individual.”

Mr. Halperin is quite dismissive, even intolerant, of those who prefer the “new” styles that have emerged post-Stonewall. He never considers the possibility that for some, perhaps even most gay men, and particularly younger men, they feel more authentic.

Or an even more radical notion: that today’s gay men, much less marginalized than their predecessors, can construct their identities however they choose, out of whatever cultural material fits them best. They can appreciate sci-fi, sports (gasp!), alternative rock, and old campy movies featuring outsized female personae.

There are times when Mr. Halperin’s pronouncements, with their categorical, ex cathedra tone, infuriate. “Gay loss never quite rises to the level of tragedy,” he proclaims. “Public expressions of grief for the death of gay lovers tend to come off as a bad imitation, a spoof, or at most an appropriation of heterosexual pathos and thus an unintended tribute to it.”

Really? How so? The loss of so many gay men—extraordinary and ordinary individuals—to AIDS indeed was tragic, and as someone who participated in “public expressions of grief” over the deaths of men I knew and loved, I find Halperin’s comment callous, insulting, and just plain stupid.

The book’s last chapter, “Queer Forever,” is its strongest, and the most grounded in socioeconomic reality. In it, Mr. Halperin identifies a “massive transformation in the material base of gay life in the United States,” resulting from three developments: the gentrification of inner city “gayborhoods” that less economically privileged gays and lesbians had established in places like San Francisco’s Castro district and New York’s Chelsea and East Village; HIV/AIDS; and the Internet.

“In short, the emergence of a dispersed, virtual community and the disappearance of a queer public sphere, along with the loss of a couple of generations of gay men to AIDS, has removed many of the conditions necessary for the maintenance and advancement of gay liberation,” including “the cross-generational transmission of queer values.”

Mr. Halperin argues that the erosion of communal experience caused by these developments has resulted in a gay politics that focuses on assimilation and “accommodation to the mainstream.” But he concludes that despite these worrying trends, gay culture will not die because as “long as queer kids continue to be born into heterosexual families and into a society that is normatively, notionally heterosexual…they will have to devise their own non-standard relation to heterosexual culture.”

What that relation will look like in future decades is, of course, anyone’s guess—most likely some complex and unstable mix of accommodation and resistance to the mainstream. Let’s hope it will be fabulous.