How to Be Eaten: A Novel 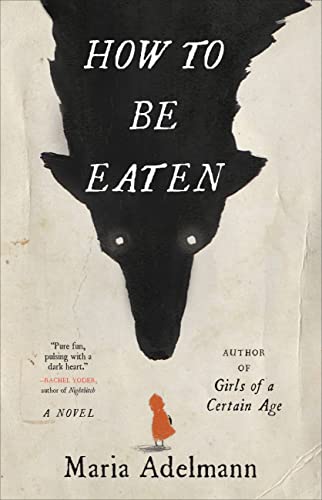 Maria Adelman’s How to Be Eaten has a fabulous premise—in modern day New York, five women gather for a trauma support group, each of them a modern reimagining of a fairy tale heroine. There’s Bernice, the one-time girlfriend of billionaire psychopath Bluebeard; Gretel, who questions her memories of childhood kidnapping with her brother; Ruby, who was accosted by a wolf and now wears him as a coat; Ashlee, the winner of a Bachelor-esque dating show; and Raina, who holds on to her story until the very end. It has elements of the fabulism of writers like Kelly Link, Carmen Maria Machado, and Maureen McHugh, with a hefty dose of the feminist retellings of fairy tales that we’ve seen in Rosamund Hodge’s Cruel Beauty, Emma Donoghue’s Kissing the Witch, and Olga Grushin’s The Charmed Wife. However, How to Be Eaten never quite lives up to its premise, making for a frustrating read.

Even a high-concept novel needs a plot. In How to Be Eaten, the dramatic tension comes from the women’s stories themselves and from deliberately placed questions about the moderator of the group.

“Will is the group leader, the only man. He is unobtrusively but certainly handsome—a full head of brown hair; soft, kind eyes flecked with green; a blue button-down that suggests an athletic body, the cuffs rolled up at the forearms. His demeanor suggests benevolent authority, like a young high school teacher, the one everyone likes.

“He had vetted each member of the group individually in a screening interview, then assured more than one in a post-screening phone call that, though he hadn’t predicted the group would be all-female, he was still the person for the job, aware of and sensitive to their unique needs.

“He does seem attentive, the women think as Will scans the circle, stopping to acknowledge each group member, tiny personal check-ins punctuated with encouraging smiles. His teeth are a tabula rasa of whiteness. When the women look at them, they each see something different. Bernice recalls the bone-white inlay of a bright blue dresser. Ashlee sees the glint of her own engagement ring. Gretel sees hard candy winking in sun. Raina sees her husband’s smile, all veneer.

“Should the teeth be a tip-off? After all, they have already laid their fortunes in the hands of the most obvious psychopaths—billionaires and reality TV producers, metaphorical witches and literal wolves. Perhaps the women should wonder if something is amiss. Especially since one of them, yet to arrive, had already made a fairly substantial error with regard to teeth.”

There is a certain delight in seeing how Adelman transforms well-known fairy tales and fairy tale tropes into the modern world. If you ever wondered what happened to, say, Gretel of Hansel and Gretel fame, the novel gives the character a believable after-story. We know that traditional fairy tales can be gruesome and that real life typically doesn’t contain a problem-free happily-ever-after. Each of the women has been traumatized, first through their encounters with witches, wolves, and psychopaths, and second in the court of public opinion. It's the latter arena, the world of reality television and 24/7 news media where someone is made a hero or villain at the whim of a producer, at which Adelman takes special aim.

The conceit of bringing these women together in a weekly trauma support group means that each of the women tells her story through the course of one of the group’s meetings (i.e., chapters). But without a compelling plot, none of the disparate elements ever quite jell together, making the book feel like an extended collection of short stories.