The House of Rumour: A Novel 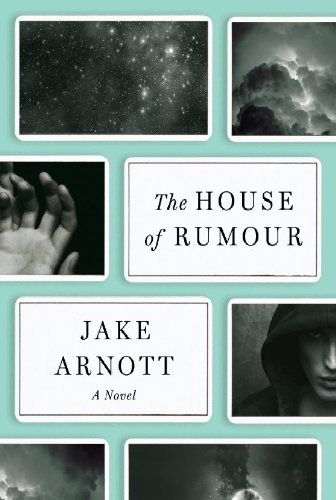 “The House of Rumour is worth the effort.”

In The House of Rumour stories loop around one another, dissect, merge, and then veer off at a tangent. Some chapters are almost standalone and could survive as a short story in their own right.

David Bowie is said to drop everything when a new Jake Arnott book comes out—not surprising in this case as Bowie is in it. So are science fiction writers Robert A. Heinlein, Philip K. Dick, and Scientology Founder L. Ron Hubbard.

British occultist Alestair Crowley has a meeting with Ian Fleming who is working for the British secret service in the 1940s. Fleming wishes he could be a more suave and sophisticated spy: a ladies’ man like the imaginary alter ego living in his head.

Hitler’s Deputy Furher Rudolf Hess’s flight from Germany to Scotland in 1941 to try and negotiate a truce with Britain is the major backdrop to this novel, against which all the other backdrops—the Californian Science fiction-writing scene of the 1940s, the U.S. space program, the British New Romantic movement of the early 1980s, revolutionary Cuba—hang.

Author Arnott casts his fictional creations with so many historical figures and various exotic milieux that you can never be too sure who is fictional and who is a real person whose name has been changed—such that access to the Internet is almost essential when reading The House of Rumour.

Each of the chapters is named after the picture cards in the tarot deck, and the stories take on their themes: Chapter One is the Magician and where Ian Fleming encounters Crowley. In Chapter 13—The Devil—a woman tells how she became involved in the cult led by Jim Jones who instructed more than 900 of his followers to take their own lives by drinking poison in the Jonestown Massacre of 1978.

The House of Rumour is less driven by plot than by a series of vignettes jumping back and forward across time from 1941 and through the next seven decades to the present day.

Locations shift, too, from England and Scotland, to California, Nazi Germany, Cuba, and even the Moon, such that The House of Rumour is akin to a Borgesian novel: labyrinthine in its twists and turns and occasional blind alley.

At its center is the suggestion that the British Secret Service used occult means to lure Rudolf Hess to fly to Scotland in 1941, an incident that continues to reverberate down through the subsequent decades, impacting directly those who were involved and those who were caught in the slipstream of history.

Hess’s flight is described as a “jonbar point . . . a science fiction term . . . where history is finely balanced and can go in many directions.”

This is a novel that demands participation from the reader, a willingness to engage with the various stories and characters to create the necessary imaginative leaps linking them all together.

The House of Rumour is worth the effort. When finished with the book, readers are left with the sense they have been away for a while and the world they had left behind while reading has somehow shifted.