The House in the Orchard 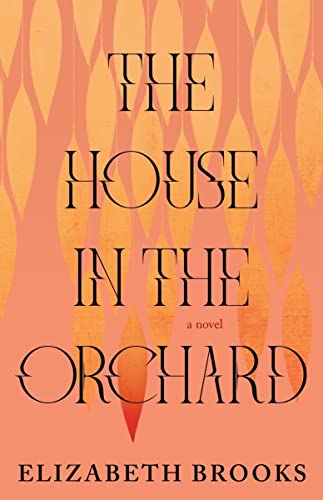 “How does one read the face of a house?”

Peggy Gower is standing in the neglected garden of the house in rural England left to her late husband by his Aunt Maude. It is September, 1945. World War II has just ended and Peggy is alone with her young son, Laurie, her husband Jonathan having been killed in the last year of the war.

Peggy has come to Orchard House with Laurie and her father-in-law, Frank, Maude’s older brother. It is a rainy, misty evening as befits the opening of a Gothic novel. The garden is an overgrown jungle. The house’s rooms are filled with books and curios, the detritus of a long life. Peggy, longing to leave cramped quarters with her father-in-law in suburban London, wants to love the house though Frank does his best to convince her that it “has soaked up evil, over the years, like a dry sponge soaks up water.” The evil, as Frank describes it, is his sister’s desire to do him harm. As evening draws in, Frank refuses to stay in the house but Peggy, wanting to get a feeling for the house, insists on spending the night there with Laurie. “How does one read the face of a house?”

This is the frame for the book’s central story contained in the diary Peggy finds that night, a diary written by 13-year-old Maude Gower in 1876. So far, this is familiar territory for a Gothic novel, but with the diary it segues into a psychological study reminiscent of the Henry James classic, What Maisie Knew. Like Maisie, Maude must try to sort truth from lies in a world of adults none of whom will give her a straight story. Maude navigates her father’s sudden death, a distant, dying mother, dreary Bible quoting relatives and vengeful governesses, sustained only by her devotion to her brother Frank, a Cambridge undergraduate. Frank plans to become a doctor, and the young Maude’s sole ambition is to keep house for him in the future. To assure this, they sign a pact.

In the meantime, after the deaths of both her parents, Maude is taken in by the glamorous Kitty Greenaway, her father’s childhood companion and later lover. Kitty is a feminist, a classicist, and the owner of Orchard House. Is Kitty Maude’s salvation or is she the heartless maneater of family lore? And how will Kitty affect her pact with Frank?

The Maude of the diary is a wonderfully quirky character, an intelligent, precocious child trying to decode endless mixed messages. Funny and clever, she is both charming and totally believable. Though her observations are astute, in the end they are limited by her age and experience with disastrous consequences. Brooks is very good at puzzling the reader as much as Maude is puzzled. Is there absolute truth, or, as Peggy says at the end of the book, “Perhaps there’s no such thing as proof, either way, in this case.”

The book ends at the end of Peggy and Laurie’s night in Orchard House, the diary’s tragic story. The ending is not surprisingly ambiguous though it feels a little rushed. But then Peggy’s story is only a foil for the drama of Maude’s.