The Hours Count: A Novel 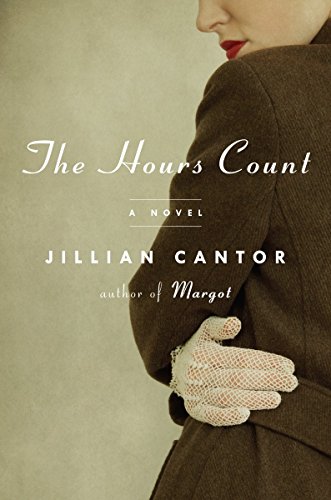 “The hours count. The minutes count. Do not let this crime against humanity take place,” wrote artist Pablo Picasso in 1951, shortly after Americans Julius and Ethel Rosenberg were sentenced to death on espionage charges. And it’s that poignant, ultimately futile first phrase author Jillian Cantor has adopted as the title for her latest book, a fictionalized account of the infamous couple’s last few years.

The Second World War was over and mid-20th century America seemed like the land of dreams, but the idyll was short lived. By the late 1940s, a suffocating paranoia had begun to spread as former ally Russia started flexing its post-war muscles, leading President Harry Truman to institute a loyalty oath and a so-called Cold War to begin.

In early 1950, Senator Joe McCarthy, launching his terrifying communist witch hunt, announced he had the names of more than 200 State Department employees who were known to be members of the American Communist Party.

This was no foreign invasion, said McCarthy. The traitors were Americans.

A relentless search for Reds under the bed, as well as in any other nook or cranny, and a catalogue of frightening interrogations under the spotlight of a largely hostile House Un-American Activities Committee left families divided, careers wrecked and a nation on edge.

The threat of a devastating nuclear war was constant.

Citizens needed to feel safe in their beds—but they didn’t.

So when a married couple were arrested within weeks of one another, charged with conspiracy to commit espionage, and subsequently sentenced to death, it was almost as if the nation was able to breathe a collective sigh of relief. The country’s very worst traitors had been found and would be destroyed.

In The Hours Count, Cantor tells the story of America’s most infamous real-life couple through the eyes of a completely imaginary neighbor—lonely housewife, Millie. But it’s not such a stretch—we know Ethel left her children with a presumably trusted neighbor, never to return, when she was called ostensibly to testify after her husband’s arrest. In Cantor’s book, that neighbor is Millie.

Theirs is an unlikely friendship: the inexperienced, relatively shy Millie married to much-older uncommunicative Russian immigrant, Ed; and Ethel, more knowing though often on edge, opening up only gradually to her newfound friend.

Millie’s marriage to Ed was something her mother and his cooked up. “Ed had been living in New York only a month when I first saw him and he was 10 years older than me,” said Millie. “Back then I’d still been working at the Cupid Garment Factory with Susan . . . my friends at the factory started getting engaged one by one . . . I feared I might become a spinster, stuck sewing forever. Ed appeared to be the answer to everything.”

Turns out Ed drank too much vodka too often, and he wanted another child after it became clear their son—of whom he was at first so proud—“might not exactly be a normal, perfect boy. It felt to me he wished to throw David away as you would wayward garbage. Ed had grown so cold and distant with David in a way I could not understand nor accept . . .”

The book opens powerfully, and painfully, on June 19, 1953—the date of Julius and Ethel’s execution—as Millie races toward Sing Sing prison hoping for . . .  what?

“On the night Ethel is supposed to die, the air is too heavy to breathe,” she recalls. “The humidity clings to my skin, my face wet with sweat, or maybe tears. It is hard to tell the difference.”

From there it flips back and forth through the years from 1947, when Millie first met a pregnant Ethel (“as round and bright as a beach ball”) with her son John, to the date of the Rosenbergs’ death.

Oftentimes the book reads like a thriller—Millie not knowing who to trust, the FBI closing in on anyone remotely connected with the Party, her friend and neighbor Ethel shunning her for her own good after Julius’s arrest but then forced to ask for babysitting help as she’s ordered to testify before the grand jury.

Says the author: “Through fiction, I wanted to reimagine Ethel as a person, a woman, the mother whom I pictured her to be.”

The difficulty with such a book, of course, is in knowing where fact ends and fiction begins: Julius’s sweetness with his family; Ethel’s youthful, adrenalin-rush activism. What’s true? What’s not? Does it matter?

Some of the characters—not just the Rosenbergs—keep their real-life names: Mortie Sobell, Julius’s City College classmate and co-defendant; Ethel’s brother David Greenglass—who implicated her to protect his own wife, according to some.

The Rosenbergs really did live in an 11th floor apartment in Knickerbocker Village, on New York’s Lower East Side, in the late 1940s until their arrests in 1950, as they do in the novel.

The author has seamlessly centered their story, as well as that of the fictional Millie, around real events that happened between 1947 and 1953: the smallpox outbreak in 1947; the election, and the killer fog of 1948; the World Series between the Yankees and the Dodgers in 1949; Ethel’s psychoanalysis; the recording she made of her voice for her oldest son just before giving birth to the younger one in 1947; Julius’s business; the tensions in their family.

Her meticulous, though completely unobtrusive, attention to detail endows the novel with a remarkable verisimilitude.

Whether or not you believe Ethel and Julius Rosenberg were guilty is entirely irrelevant. It doesn’t matter if you’ve never heard of them, although it’s even more fascinating if you have. The Hours Count is a thoroughly absorbing book that I might not have read had it not been based on the Rosenbergs—whose story has always intrigued me—and that would have been my loss.