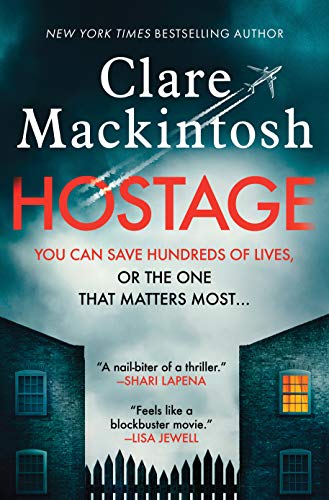 Mina joins a Boeing 777 crew on a celebrated 20-hour nonstop flight from London to Sydney. Not included on the original crew roster, she maneuvered a spot by trading with another crew member. She needs a time out from her disintegrating marriage to Adam, and her difficult daughter, six-year-old Sophia.

Though Mina and Adam dearly love Sophia, coping with her challenging behavior is taking a toll. She's an unnerving handful taken to exhibiting unpredictable behavior and exaggerated reactions to various stimuli. Sophia has been diagnosed with hyperlexia.

On the other hand, she's somewhat of a savant, able to recognize and name the specifics of every plane her mother flies in—make and model, interior design, seating capacity, layout—all of it for every plane.

". . . Adam and I had recently discovered that Sophia had not, as we'd imagined, been reciting the words of her favorite picture books from memory, but was instead reading. She was three years old."

Mina's relationship with Adam has deteriorated into unfounded accusations and brief, mostly necessary conversations about money, travel, and child care. So it's with a worried and distracted mindset that she boards the plane. She snaps at passengers and fellow crew members, neglects necessary tasks and duties leaving them to others, and spends a lot of time either crying or on the verge of tears.

It's a highly anticipated and publicized flight:

"Journalists, a smattering off celebs and 'influencers' who will spend sixteen hours of the flight Instagramming and the other four drinking."

Shortly after takeoff, Mina is confronted by hijackers with a handwritten note:

"The following instructions will save your daughter's life. An hour from now, you will ask one of the pilots to leave the flight deck. You may use whatever reason you wish, but you will not raise the alarm in any way. . . ."

More instructions follow, then: “If you do it, your daughter will live. Don't, and she will die."

Mina is not only a flight crew member, she is also a pilot, but makes an emotional decision to comply with the hijacker's demands.

Author Mackintosh presents several points of view in this intriguing narrative. Readers are privy to the thoughts of numerous passengers on the plane.

Identified by seat number, some of the 350 passengers reveal learn their innermost thoughts and fears, as well as their hopes and dreams for their future. There's a computer game professional in seat 7G. A gifted but tired-of-it-all student sits in 40C, a runaway wife in seat 5J. Which one is the hijacker? All of them? None of them? Readers will enjoy the challenge of trying to figure it out.

But the hijackers are not foreign terrorists. Rather they are domestic environmental activists trying to shut down the airline industry in an effort to reduce air pollution (apparently without giving a thought to what would happen to the world economy without air transportation). The dialogue takes a turn toward preachiness and scolding, tempting some readers to skim over those scattered passages.

Still, it's a compelling read. The author doesn't let up, proffering page after page of unrelenting suspense. This is truly a book that is hard to put down as readers are willingly lured on by one plot twist after another.

Even though the characters are for the most part fully developed, some of them are unlikeable enough to jolt readers out of the story now and then by their questionable decisions and reactions, and it's not only the bad guys. The flight crew squabbles and a snipes at each other and makes snarky comments about passengers. An air of discontent hovers over passengers and crew even before the hijackers make themselves known.

The subplot with Adam ends with a splat. Simple explanations early on would have alleviated the false accusations and emotional distress of the rocky marriage. The epilogue is confusing, perhaps intentionally so, and seems to be only peripherally related to the primary story thread.

But none of that ruins the overall reading pleasure of Hostage. The author is a gifted writer with a captivating voice and an outstanding ability to put together a story that fully engages the reader. Fast moving, loaded with suspense, edge-of-your-seat reading.